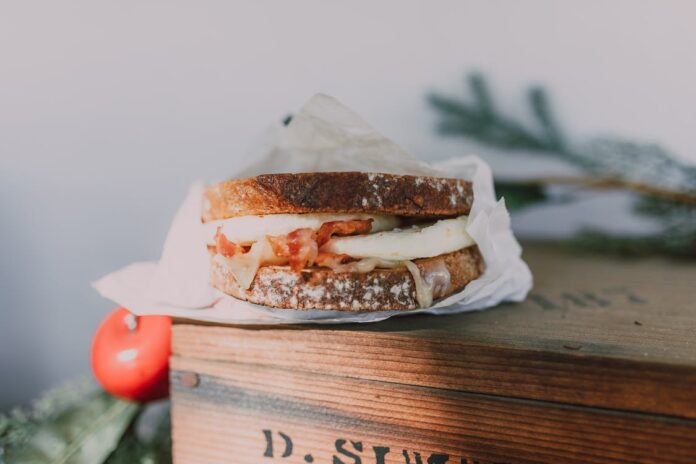 This post is part of MassTLC’s 2023 Thought Leadership series on Trends.

As one of science fiction’s alpha franchises, Star Trek has gifted nerd-dom with several enduring tropes and technologies. The transporter. The phaser. The tricorder.

But for functional space-age awesomeness, nothing beats the supremely practical replicator, a 24th-century kitchen appliance that could make any food or drink, on demand, with a simple verbal command. Fans of the Next Generation series will recall that Captain Picard relied on the replicator to assemble his beloved Earl Grey tea, mug and all — typically during those inevitable third-act exposition scenes.

Real-world science has yet to deliver a Star Trek-style kitchen appliance. But with the accelerating advances in 3D food printing, laser cooking, and adjacent technologies, we may be getting something even better.

Engineers at Columbia University’s Creative Machines Lab are developing a countertop device that combines the core technology of 3D food printers with precision lasers that cook the food as it’s being assembled.

As with 3D printers that use plastics to make objects, food printers deposit ingredients layer-by-layer to make food. Robotic nozzles deposit the ingredients — it could be vegetable sauce, pasta, or mashed-up proteins — onto the printing surface in precise arrangements. Pretty much any kind of food that can be pureed into a gel or paste can be fed into 3D food printers.

The Creative Machines Lab’s digital chef system takes things one step further. As the pureed ingredients are being extruded — the unfortunate technical term — the device uses tiny lasers to cook the food to the desired temperature and consistency. By the end of the process, you have food that can look and taste like, well, just about anything.

“Our students come up with their own recipes and create all kinds of crazy things,” says mechanical engineer Jonathan Blutinger, project lead for the digital chef team. “We’ve been able to print beans, shrimp, cheese, vegetables, and meats like chicken and beef.”

3D food printing allows for precise control in placement and proportion, says Hod Lipson, director of the lab. The laser capabilities provide a high level of cooking control that complements the exacting ingredient mixes. Specific techniques like browning or searing are essential to achieve certain kinds of textures and even nutritional profiles.

“You can layer ingredients inside of other ingredients and cook them on the millimeter scale, creating these concentrated flavors that just aren’t possible otherwise,” Lipson says.

Among the lab’s gustatory expeditions: Bite-size pastries filled with pureed salmon. Geometric chicken cubes with beet polenta. Tiny cakes with “Happy Birthday” printed on the inside — you have to take a bite to get the message.

“We can create these honeycomb structures with little pockets so that the flavors come in waves,” says Lipson. “It’s a fundamental revolution in how we think about food.”

Creative Machines Lab is on the fifth iteration of its autonomous digital chef. The team has been working on the concept since 2007. They’re confident that the technology is on the proper trajectory.

The key to the future, Blutinger says, is persuading people to bring the device into their kitchens.

“We’re an engineering lab; we make things that are functional,” he says. “Eventually we have to make it look nice.”

The researchers have been collaborating with industrial designers to create a countertop appliance with software for a friendly user experience. They’re thinking about language, too. Food assembler sounds space-age, but not particularly delicious — hence autonomous digital chef. Paste-filled syringes are now called food pouches. They’re working on a better term for extruding, too.

Lipson and Blutinger are confident that, whatever the terminology, a 3D-printing, laser-cooking food appliance will be on kitchen countertops in the next 10 to 20 years.

It won’t be like science fiction, copying traditional Earth fare or Klingon skull stew. The Star Trek food replicator may be the go-to pop culture concept, but Lipson would like to encourage us, as a federation, to think bigger.

“The replicator is all about reproducing things that already exist,” he says. “The future is really about creating new foods and new ways to cook.”