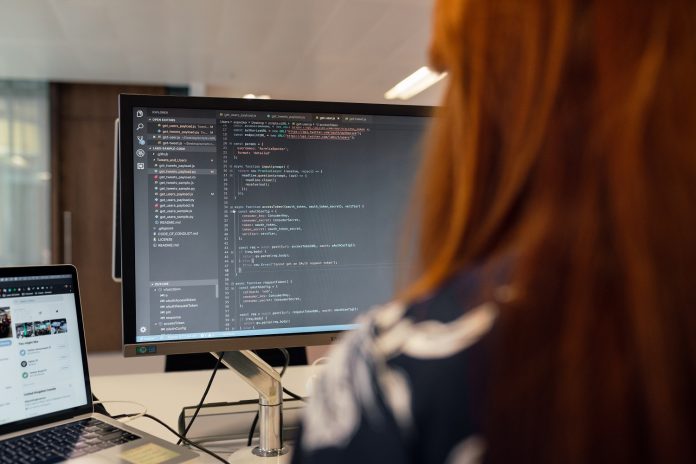 The decade-long dispute between Google LLC and Oracle America Inc. has now ended with the Supreme Court ruling 6-2 in favor of Google.  This dispute concerned Google’s use of Oracle’s “declaring code” – software that provides a list of functions and definitions that specify the parameters of application program interfaces (APIs) – in Google’s Android operating system.  APIs allow different software programs to work together.  In creating Android, Google used its own implementing code, but in order to allow developers to write their own programs for the Android, Google used certain specifications of the Java programming language in its API declaring code.  Oracle (owner of the copyrights originally held by Sun Microsystems) asserted that this use without permission was copyright infringement.  Google responded that access to this software language is crucial to innovation in technology and software programming, and should be considered fair use.

The Supreme Court agreed to hear the case after the Court of Appeals for the Federal Circuit decided that Google’s actions did not constitute fair use, overturning a Northern District of California jury verdict in favor of Google on fair use.  Google’s request for review by the Supreme Court raised the questions of whether the declaring code at issue was copyrightable, and, if so, whether Google’s use of it was subject to the fair-use exception.

In its decision last week, the Supreme Court declined to answer the first question, stating that answering the fair use question could resolve the parties’ dispute without deciding the copyright protection question.  Justice Breyer, writing for the majority, concluded that Google’s use of the Java code was protected under fair use.

Declaring Code Not “at the Core of Copyright”

The Court concluded that the four fair use factors – the purpose and character of the use, the nature of the copyrighted work, the amount of material used and effect on the market for the copyrighted work – all favored Google.  In applying the fair use factors, the Court noted that the declaring code at issue here is different in kind from other types of computer software:

Differentiating declaring code from implementing code, the Court reasoned that declaring code, if copyrightable at all, was far from the “core of copyright” and certainly farther away than other software.

Turning to the purpose and character of the use, the Court held that Google’s use of the declaring code created something new and was “transformative.”  In doing so, it applied a definition of “transformative” that is quite broad, not simply applying transformation to the work itself, but to any use that “adds something new and important.”  Here, it considered the new and important addition to be Google’s use of the code in service of innovation for smartphone development, noting Google “seeks to expand the use and usefulness of Android-based smartphones.  Its new product offers programmers a highly creative and innovative tool for a smartphone environment. To the extent that Google used parts of the . . . Java API to create a new platform that could be readily used by programmers, its use was consistent with that creative ‘progress’ that is the basic constitutional objective of copyright itself.”

In considering the amount of material used, the Supreme Court explained that the 11,500 lines of code at issue amounted to just 0.4 percent of the Oracle code created (this number also counts the implementing code), and “only what was needed to allow programmers to work in a different computing environment without discarding a portion of a familiar programming language.”  Oracle sought a different definition for the amount taken, arguing that Google took substantially all of the declaring code.

In considering market effects, the Court considered not just the amount of the loss of Oracle licensing revenue, but also the source of the loss, and the public benefits the copying will likely produce.  It also put great weight on Oracle’s prior failures to enter the mobile phone market.  The Court concluded that “the uncertain nature of Sun’s ability to compete in Android’s market place, the source of its lost revenue, and the risk of creativity-related harms to the public, when taken together, convince that this fourth factor – market effects – also weighs in favor of fair use.”

The Court also agreed with the Federal Circuit’s view that the question of fair use is a mixed question of law and fact.

Justice Thomas, joined by Justice Alito, wrote the dissent.  (Justice Barrett did not participate as the case was argued before she was appointed.)  Justice Thomas stated that skipping over the first question regarding whether the declaring code can be protected by copyright law disregarded half the relevant statutory text and distorted the fair-use analysis.  On the fair use factors, the dissent found that the three factors analyzed by the majority all strongly favored Oracle.  On the issue of the transformative nature of the work, Justice Thomas contended that if a transformative use is now defined to include situations where the use of the work allows others to create new products, this “new definition eviscerates copyright.”

Where Does this Leave the Software Industry?

The Supreme Court’s reversal of the Federal Circuit’s judgment is on balance a win for the technology industry, especially those companies for whom achieving interoperability with existing platforms is required for product offerings.  The decision provides protection for software developers who otherwise would need licenses to copy portions of APIs to make their programs interoperable.

This decision does not resolve whether it will become more difficult to establish strong copyright protection over other forms of software programming language and code.  Other types of more functional code “inherently bound together with uncopyrightable ideas” may be subject to broader applications of fair use in the future.  It is difficult to predict where that boundary ultimately lands.  One potential new front may be between owners of software applications incorporating open source software and their users.  The Supreme Court’s decision allows trial judges to take a more holistic approach to functionality, the strength of the copyright interest (whether close to “the core” or otherwise), and transformative application in determining fair use.  Those companies who have incorporated open source software in their applications may revisit these decisions in light of this case.

This decision may also affect the fair use analysis for other types of copyright-protected material.  While the Supreme Court’s opinion was careful to note that its analysis was limited to software, its interpretation of the fair use factors will surely find its way into fair use analyses for other types of works.  In particular, it may be difficult to reconcile the Court’s view on what makes a work transformative where a copy of a work is simply applied to a new use similar to how the Java code was applied here, and how that is distinguishable from situations where existing works are incorporated into new mediums, or certain types of derivative works.  What constitutes “something new and important,” and to what extent will this characterization of transformation drive fair use analyses outside of the software context?  While the software development community may be mostly satisfied with this decision, the Supreme Court’s reasoning has created new questions related to software and other works; we shall see how they are answered.

*The author thanks Jennifer Yoo, formerly an associate with the firm and now counsel at The Gap, for her work in preparing this alert.

This article was originally published in the Foley Hoag newsletter. Subscribe here.