In 2016, Bloomberg named Massachusetts “number one” in its Bloomberg State Innovation Index and so it’s no surprise that new technologies and the resulting consumer protections often emerge, and need to be addressed here, first. Geofencing is a new technology emerging within the still somewhat nascent mobile advertising industry that is testing the boundaries of what is in the public interest and what isn’t.

Geofencing is a technology that uses the location services on a consumer’s mobile device to enable technology companies to target communications or advertisements directly to users through the browsers and applications on their devices when those devices are in a designated physical space. 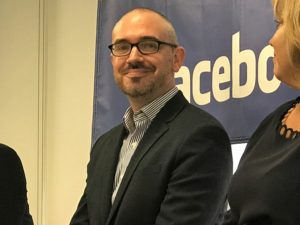 Beneficial “geotargeting” applications include: targeting relevant ads to consumers to drive local business traffic, targeting amber alerts in cases of child abductions, and targeting severe weather or public safety announcements to people in harm’s way. Steve Satterfield added examples of Facebook using geotargeting after disasters for survivors to check in and how they were able to use it to target public health communications to communities where high levels of Zika related conversations were happening online.

What can be done and what should be done are often two different things. “While geofencing can have positive benefits for consumers, it is also a technology that has the potential to digitally harass people and interfere with health privacy,” remarked the Attorney General in a statement.

In a case where a settlement was announced today, a digital advertising company was hired to use mobile geofencing technology to target women entering reproductive health facilities. “Consumers are entitled to privacy in their medical decisions and conditions,” the AG continued.

Applying a test that includes “benefit to the consumer,” the Attorney General’s office prohibited the company at issue, Copley Advertising, from targeting such health facilities. “This settlement will help ensure that consumers in Massachusetts do not have to worry about being targeted by advertisers when they seek medical care.”

Participants on the panel addressed benefits and boundaries, and each spoke of the various codes of conduct and user agreements that their organizations have developed to keep the use of technology and platforms within the bounds of what’s acceptable and beneficial to society.

As Massachusetts continues to lead as an innovation state, we will frequently be out front in unchartered waters where what’s possible with technology will need to be balanced with consumer protections. The Attorney General praised the “robust and thriving tech sector” and her support for driving innovation while protecting consumer rights. Facebook’s Satterfield added that policing by users in the community who share feedback when they think a line has been crossed is an important signal to ensure that the policies adapt to new situations.