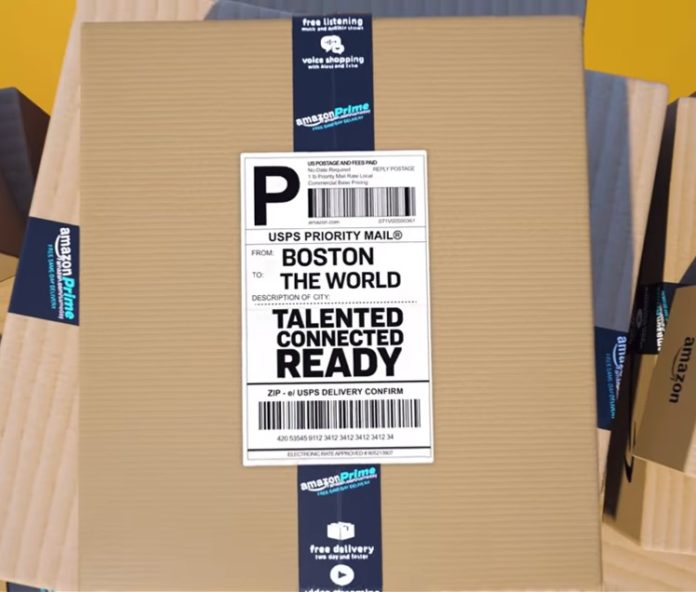 Amazon announced today that Boston has been selected as one of the top 20 finalist locations, out of 238 proposals across the US, Canada and Mexico, for the company’s second North American headquarters. Amazon reviewed each proposal against criteria outlined in the Amazon HQ2 RFP. View the finalist Boston HQ2 bid that made the short list.

Amazon will now work with the finalist locations to “dive deeper into their proposals, request additional information, and evaluate the feasibility of a future partnership that can accommodate the company’s hiring plans as well as benefit its employees and the local community.” A final decision is expected in 2018.

According to a company statement, “Amazon HQ2 will be a complete headquarters for Amazon, not a satellite office. The company plans to invest over $5 billion and grow this second headquarters to accommodate as many as 50,000 high-paying jobs. In addition to Amazon’s direct hiring and investment, construction and ongoing operation of Amazon HQ2 is expected to create tens of thousands of additional jobs and tens of billions of dollars in additional investment in the surrounding community.”

MassTLC CEO Tom Hopcroft joined other business leaders with testimonial letters in support the Boston HQ2 bid, noting that the “Commonwealth has a flourishing technology ecosystem that is based on core values – centered around building equity through partnership and collaboration – and built upon a rich legacy of providing the foundational infrastructure on which platform ecosystems thrive.” We also shared ecosystem benchmarking data from our State of the Tech Economy report and executive sentiment and insights from our Massachusetts Tech Pulse Index report.