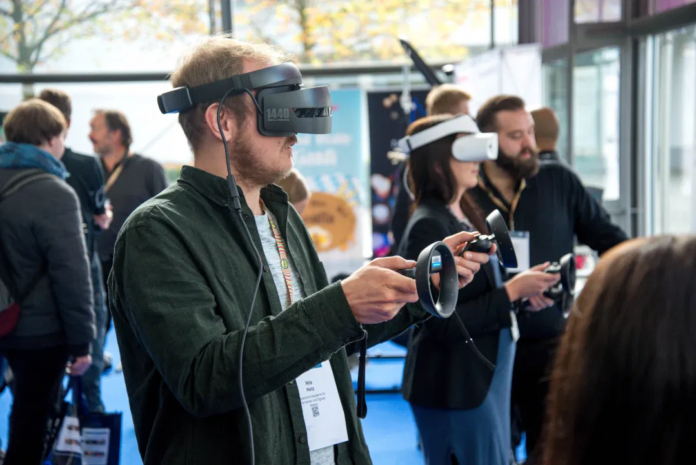 XR Terra, a Boston-based company, “empowering the next generation of XR talent,” is not just a training company. I sat down (virtually, of course) with XR Terra Founder and CEO, Hakan Satiroglu, and Vice President of Product, Kachina Studer, to learn more about the company and its mission.

What became abundantly clear off the bat is the opportunity that AR/VR provides to individuals companies, and the Massachusetts economy. As Hakan says, “the magnitude of XR is probably not understood, the impact component is significant.” And it seems this is not just hype over the next technology. Although AR/VR has been around quite some time, it is still in its infancy in terms of adoption. Additionally, many of those individuals that have been in this industry for some time were self-taught. Yet, there are more and more use cases to show the importance it can have on the future of industry.

While manufacturing may be the most common industry case for AR/VR, and it is a good one, saving money and time and making it safer, there many other examples including: training for jobs that would previously require on-site access to equipment such as mechanics, welding, or HVAC; in healthcare doctors can utilize AR/VR as an immersive way to practice a complex surgery ahead of time; scientists in biotech and life sciences can utilize AR/VR when modeling something in the lab; architects and designers can use it to prototype, and so on.

The XR Terra team has identified this opportunity – currently put at one and half trillion dollars of GDP by the end of this decade – and understood that to capitalize it needed to create a pipeline talent. As they see it, this is the progression from the web to mobile to immersion of AR/VR and according to Hakan “it’s a new tech medium that is almost here but it will dominate our personal and professional lives.” XR Terra looks at this endeavor holistically. They are training people on the content, on the software and tools, on creating the experience, and then the students take this back to their professional world to experiment how it will impact their business.

As a member of the Boston VR Meet Up Group, Hakan believes that Massachusetts must seize this opportunity and as a state we need to band together. He believes we are “in the first inning and the game has just started.” And from what it seems, XR Terra will be an important player as this happens.