As a student of history, I am cognizant that the US has not always been the world’s innovation leader, and in fact hasn’t even existed as a nation for that long. Seven hundred years ago, for instance, China’s Ming Dynasty was turning out innovations like the Yongle Encyclopedia, movable wood-block printing, 2-color printing process, the compass, ship rudders and more. On the other side of the world, we saw an age of innovation in Europe with Gutenberg’s lead alloy movable type printing press, the advent of the newspaper, the railway, steam locomotive, and more.

Echoing this notion, former AOL CEO Steve Case, visiting Boston a few years back, noted that you cannot look at the world as a snapshot but rather must see it more fluidly as a motion picture. Things change. It is not a forgone conclusion that the U.S. will always be the world’s innovation leader. While I am optimistic, I caution that our leaders may not be focusing enough on the technological changes that are taking place and the immense economic and social implications that their policies (or lack thereof) will have on our future. We seem to be making policy for a bygone world where things are seen as assets and people as liabilities, rather than the inverse.

It is in this context that I had the privilege of meeting The Right Honorable Justin Trudeau, Prime Minister of Canada, on the night before he was to speak at the MIT Solve Conference in Cambridge. He shared a world view on his visit to Boston that rang true and gave me a glimpse of the kind of leadership that will be required throughout government to maintain our leadership, and the economic and social benefits that accrue as a result.

Our secret for success has been grounded in having the best people, creating the best innovations, and in so doing, attracting more of the best people and furthering the flywheel of innovation and concentration of innovators. When the Prime Minister spoke, it was clear that he not only understood, but invested in, technology, talent, inclusion, and immigration, even when it was hard.

He talked at MIT about his nation’s investments in artificial intelligence during what he described as an “AI winter” when the rest of the world was focused elsewhere. He talked about his fascination with problem solving, his love for engineering, math and physics, and he rattled off names of pioneering Canadian AI researchers like Geoffrey Hinton in Toronto and Yoshua Bengio in Montreal. He portrayed himself as a very different kind of political leader. It was refreshing.

He also talked about people, about connecting individuals with their communities to 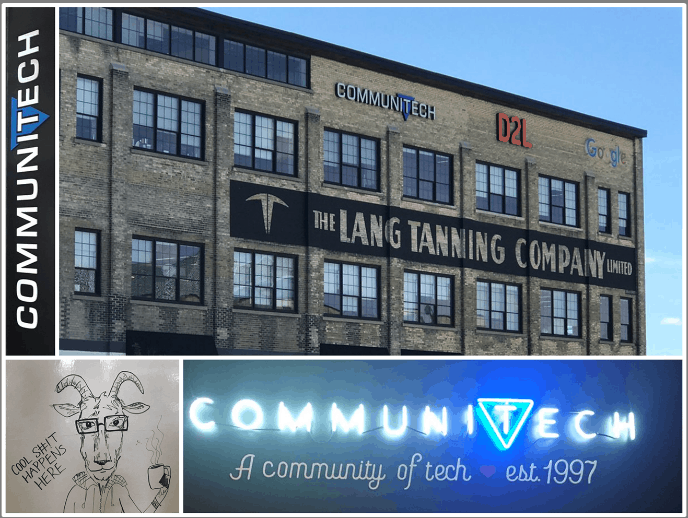 empower them to help solve big problems and shape their world. He talked about diversity as a source of strength, not of weakness. That having someone alongside you with different perspectives helps solve problems and yields better outcomes. He talked about investment in women – and the fact that he is the first to have half of his cabinet comprised of women. He spoke not just of his vision but of the concrete steps he is taking.

It’s not just what he says that impressed me but what’s happening on the ground. Each year I visit tech organizations around North America to share, learn, and collaborate in support of tech innovation and growth. Last year, in addition to Dallas, TX, I traveled to Waterloo Region of Ontario, Canada, to visit Communitech, a public-private innovation hub that supports a community of more than 1,400 companies from startups to scale-ups to large global players.

I toured the University of Waterloo’s Velocity Garage incubator which is co-located with Communitech. Billed as a springboard for high-performance founders and startups, Velocity Garage is home base to 80+ early-stage startups building technology-based businesses in the heart of Waterloo Region. 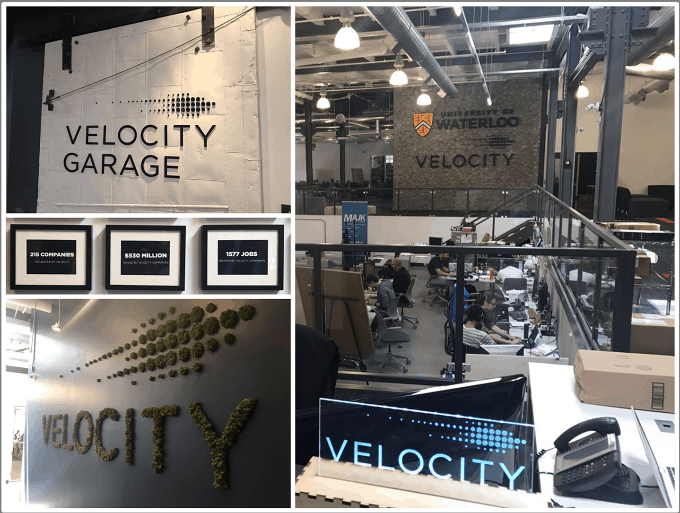 Whether British Columbia, Winnipeg, Waterloo/Toronto, Montreal or New Brunswick, innovation is alive and well north the border. Now, I wouldn’t trade any of these tech hubs for ours here in Boston, but there is something interesting happening up there. My observations are validated by the inclusion of Toronto on the Amazon HQ2 short list for cities to host the company’s second North American headquarters.

Our respective national immigration policies are at the heart of Canada’s strategy. In MassTLC’s Economic Impact of Immigration on the US report, we cite the economist Diana Furchtgott-Roth who notes that “immigrants want to come to the United States because they see opportunity in gaps in our economy that they have the skills to fill.” She cites, however, that in “fiscal year 2012, fewer than 5% of those who obtained U.S. permanent resident status were professionals with advanced degrees, compared to over 9% of those granted permanent resident status in Canada…Only 14% of U.S. green cards authorizing permanent residence – and a path to citizenship – were granted for employment purposes in 2012, compared to the 62% of Canadian immigrants who were admitted for economic reasons….” The bottom line is that Canada and other nations are actively courting the world’s talent while the US hard line on immigration is restricting admission of this vital resource.

I am proud of the role of Massachusetts and the United States’ role in the world and I am optimistic about our future. However, we cannot take our leadership for granted and watch others with bold vision make strategic decisions that prepare them for the work of the future while we fail to implement policies and strategies to strengthen our leadership position. Our leaders need not look far to see how our national and regional leaders can innovate, not just our technology, but our approach to women, inclusion, immigration and other hallmarks of our future. MassTLC will continue to advocate and champion forward-looking policies that support the strength and leadership of our tech economy on a state, national and global level.

MA State Budget: The Impact of COVID-19 Will be Felt Through 2022

New Verizon 5G Lab to Be Located in Waltham