ComputerVault, a leader in virtual desktops, servers, and hyperconverged infrastructure proudly opened its state-of-the-art headquarters yesterday at One Mercantile in Worcester’s downtown.

“Every winter, my wife would look at me and say, ‘Why did we stay in Worcester?’ The truth is, Massachusetts has been very kind to us, there is no reason to go anywhere else,” said Peo Nathan, ComputerVault CEO.

“As you’re growing your company, we’re growing the [Worcester] downtown. Worcester is anxious to be a partner to [ComputerVault] as you expand and to be there right by your side every step of the way,” emphasized Worcester City Manager Ed Augustus.

Worcester Mayor Joseph Petty added, “You are going to be a great advertisement for other companies. They’ll see how successful you are and how good we work as a team and as a city to ensure that all people are taken care of.” 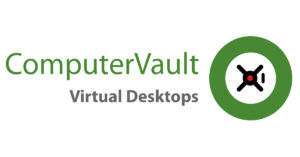