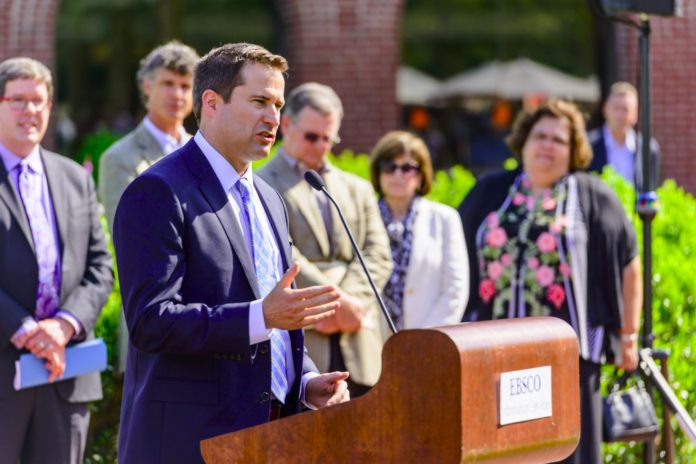 The Championing Apprenticeships for New Careers and Employees in Technology (CHANCE in Tech) Act, which seeks to address a growing tech skills gap in the economy, has been reintroduced to Congress after it’s initial introduction in 2017.

The bill, authored by Congressman Seth Moulton, U.S. Representative for Massachusetts’ 6th congressional district, has received widespread, bipartisan support. Co-authors include Representatives Jaime Herrera Beutler (R-WA), Derek Kilmer (D-WA), and Mia Love (R-UT). Companion legislation has also been introduced in the Senate by Senators Martin Heinrich (D-NM), and Cory Gardner (R-CO). In addition to being supported by MassTLC, it is currently supported by major tech organizations in 26 other states.

CHANCE in Tech seeks to create public-private partnerships to serve as intermediaries between employers participating in registered apprenticeship programs, industry and training partners, and government entities with the goal of training potential apprentices and lessening the regulatory burden on participating employers by tracking success indicators and meeting reporting requirements. In addition, the proposal would establish a program to recognize high schools and community colleges providing exceptional IT training and counseling.

After initial announcement of the bill in 2017, Congressman Moulton joined MassTLC member executives for a roundtable discussion on tech talent at MassTLC member EBSCO Information Services’ office in Ipswich.

“Our economy is changing, and we must prepare our current and future workforce for the jobs of the 21st Century,” said Congressman Moulton in a statement. “This bill will allow industries, academic institutions, vocational and technical schools, and workforce development programs across the country to form partnerships and train Americans for the new economy. I am proud to be joining my colleagues in leading this bipartisan effort to help American workers move our economy forward.”

To learn more about the reintroduction of CHANCE in Tech, click here.

How to Maintain Company Culture After A Change in Leadership

4 Must-Do Items on Every Leader’s Checklist