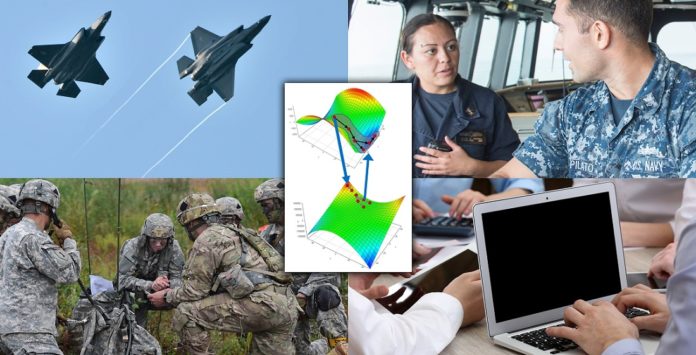 Woburn, MA – September 18, 2017 – Aptima has announced a multi-year contract award with a potential estimated total value of $3.5 million from the Defense Advanced Research and Planning Agency (DARPA) for the Agile Teams (A-Teams) program, which will focus on advancing the science of future human-machine collaborative work. A-Teams is foundational research into the science of agile teams and improving the combined performance of humans and intelligent machines in the future.

Human-machine partnerships are increasingly pervasive throughout many work environments, including the military, with missions drawing together Warfighters, drones, robots, and autonomous systems. However, unlike human teams that can adapt, compensate, and apply learning from one event to the next, the blended operations of humans and networked smart systems require new models to govern and guide their complex interactions and decision-making for optimal performance.

To advance this scientific foundation, Aptima and partners, Professor Julie Shah of the Massachusetts Institute of Technology (MIT), Professor Krishna Pattipati of the University of Connecticut and Sophia Speira, LLC, are developing a framework to represent, test, optimize, and train complex socio-technical systems capable of peer-level interaction, mutual learning and problem-solving.

“The goal is to create organizations that are more dynamically responsive, that can quickly adapt to changing situations, and reallocate the right abilities, tasking, and workload across complex, mixed human-machine systems,” said Daniel Serfaty, Aptima CEO and Principal Founder.

Aptima’s approach is inspired in part by thermodynamics and the concept of energy flows, modeling energy expended on tasks, and the transfer of energy and learning from one entity and instance to another. Optimal teams minimize friction and wasted energy.

“Humans are good at collaborating and learning from each other. While current machines are not, the promise of artificial intelligence (AI) is challenging this assumption” added Serfaty. “Much like a high performing sports team uses different plays and players to anticipate and counter what an opponent might do, similarly human-machine systems must be able to collaboratively adapt as mission demands change.”

In the First Half of 2022, Progress Wins 10 Awards for Employee Engagement and Corporate Social Responsibility