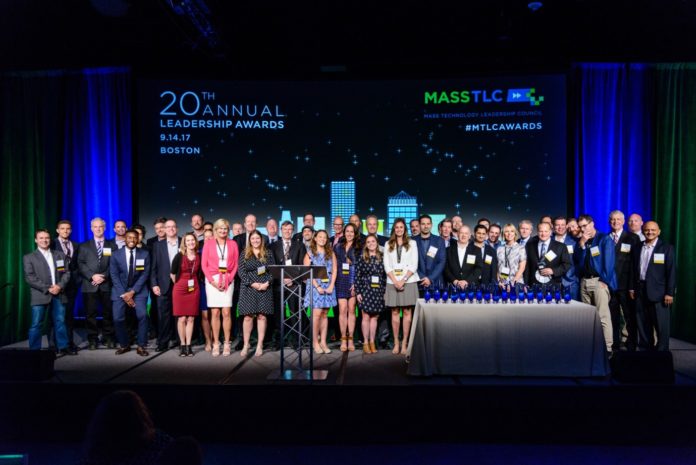 Massachusetts is the techiest state in the nation yet remains at about 70% white and male. Like many of you, MassTLC is committed to increasing diversity in the tech sector. But, as a sector, we could be doing better, and we need your help to get there.

MassTLC has helped over 700 middle and high school girls from over 50 cities and towns get inspired and connected to tech over the past five years. We championed the economic impact of immigrants all the way to the US Supreme Court. We became the organization of record in 2015 to annually benchmark the participation of women and minorities in the MA tech economy.

Looking back over the past ten years of our awards program, there has never been a year that we haven’t honored a woman in tech. Since 2016, we have been intentional about honoring leaders who advance diversity in tech with our annual Mosaic Award. In 2018, after being called out for a lack of women in our executive categories, we took immediate action to remedy the situation and overhauled much of the program.

The changes for 2019 include: new categories that cast a wider net like the CEO of the Year for an Emerging Company and Chief People Officer; a longer period for nominations, and plenty of outreach to individuals and organizations who can help encourage nominations from a more diverse range of technology leaders.

While we’ve seen increased diversity in several categories, we are still coming up short in our CTO category, and as such, we are taking action once again to better level the playing field. The intent of this award is to recognize that technologist who has demonstrated leadership and innovation in developing a company’s product offering. We recognize that only a subset of people doing this work carry the narrow title of CTO so we are expanding the scope of this award to better reflect the intent.

The CTO of the Year Award will become the Tech Excellence award as we expand the eligible candidates from CTO to also include Chief Technologist, Chief Innovation Officer, Chief Product Officer, Chief Information Officer, and other tech executives. Our intent is to cast a wider, more inclusive net and shine a spotlight on the leaders who are driving the tech/product side of the business. We will extend the nominations period on all our individual categories until Wednesday, July 31st.

So, our ask of you is straight forward. Look into your organization and into your networks to help us make an extra push so we as an industry, can shine a spotlight on all of the amazing tech leaders in our sector. If you or someone you know is leading the tech side of your company and haven’t already been nominated, do so today. You can submit nominations in our individual categories until Wednesday, July 31st.