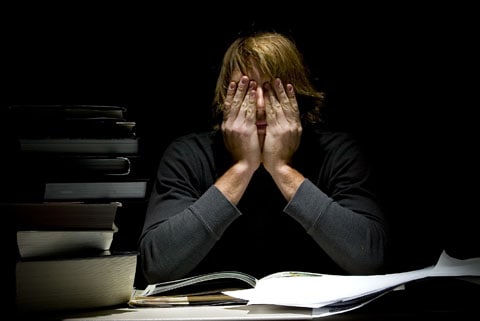 More jobs that have been traditionally viewed as middle-skills jobs in the US are requiring a college degree as a minimum education requirement, according to a new report published by the Harvard Business School (HBS).

Joseph B. Fuller, Professor of Management at HBS and co-author of the report, spoke to MassTLC members on this topic at last year’s TRANSFORM event. In his talk, “Workforce 2025: The Hidden Truth,” Professor Fuller emphasized a “growing bias toward hiring people with advanced degrees” and urged local business leaders to develop internal talent pipelines to combat a foreseen shortage of talent.

More details of the new report were recently published on Axios. You can read the full text of the article below.

“Degree inflation” may be pushing workers out of the middle class

A growing number of U.S. employers are requiring bachelor’s degrees for jobs that have long been performed by workers without them, contributing to a rise in income inequality, according to a report published today.

Why it matters: The report, by Harvard Business School, Accenture, and Grads of Life estimates that 6 million American jobs are at risk of “degree inflation,” a result of employers increasingly using a bachelor’s degree “as a proxy for a candidate’s range and depth of skills.”

“This phenomenon is a major driver of income inequality,” Joe Fuller of Harvard Business School tells Axios. “We’re hollowing out middle-class jobs and driving everyone to the extremes of the income spectrum.”

The number of U.S. job openings has reached an all-time high, but more than 13 million Americans — the vast majority with less than a four-year college degree — are unemployed or working part-time when they want full-time positions.

When businesses require a college degree for jobs that have until now been filled by non-college graduates, it increases the salary by as much 30% and the length of time it takes to fill the position by an average 12 days, depending on the position, the report says. This means that employers are spending more money and time than they need to fill their empty positions.

The costs of the shift are “profound” for the two-thirds of American adults who lack a college degree, Fuller says.

What government can do: Fuller says that the federal government should change student loan and grant requirements so they can be used for a wider range of vocational programs. It should also force institutions of higher education to publish clear data on average reported compensation, employment rates, mean time to degree completion, average loans outstanding, and loan default rates.

Bottom line: Most of the responsibility, and the rewards, for solving this problem will fall on the private sector. Fuller says that private companies don’t measure the “all-in cost” of their role in degree inflation. By investing up front in training programs that identify and develop promising working-class talent, they can create a long-run competitive advantage.

Learn more about the future of work at TRANSFORM on November 17, 2017.