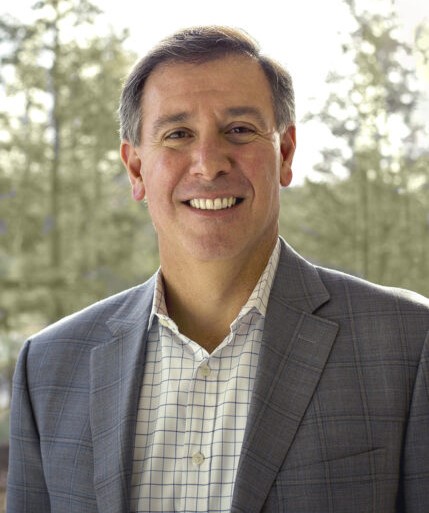 Four decades ago, a team at MIT received a grant from the U.S. Department of Energy and set out to create the chemical industry’s first computer-based modeling and simulation technology in response to the 1970s oil crisis. The result was ASPEN, a next-generation process simulator that could model large, complex processes, and in 1981 the company Aspen Technology, Inc (AspenTech, for short) was born.

AspenTech, a global leader in asset optimization software, is celebrating its 40th birthday this month. Today, with over thirty offices around the world, the Bedford-based company has come a long way from its MIT origins.

The company’s solutions continue to address complex, industrial environments where it’s critical to optimize the asset design, operation, and maintenance life cycle. In the years since its founding, the team has increased R&D capacity and enhanced its offerings to embed critical artificial intelligence (AI) capabilities to enable digitalization, all while supporting sustainability and CO2 reduction goals for its clients. Still, as the world around it evolves in response to the challenges of the time, AspenTech’s focus has remained the same – to help companies in capital-intensive industries run assets safer, greener, longer, and faster.

“When I became CEO in 2013, my priorities were continued growth and transforming the business to address a global market that was quickly becoming more dynamic based on a world with growing needs and challenges. This includes an ever-increasing emphasis on digitalization, profitability, and sustainability,” notes President and CEO Antonio Pietri, who grew up in Venezuela watching his father rise through the ranks of the oil industry. “As we mark our 40th anniversary, helping our customers achieve optimal results in all three of these areas is AspenTech’s core mission.”

Leading the way in sustainability

Today, as capital-intensive industries are increasingly driven by environmental, regulatory, and societal responsibilities around sustainability, AspenTech has found itself uniquely positioned to have a major impact in the space.

Operational improvements derived from prioritizing and implementing digitalization initiatives have a major impact on profitability and sustainability. AspenTech’s technology is key for organizations wanting to achieve sustainability goals such as reducing emissions and waste or investing in innovation and renewable energy. For example, by using AspenTech’s supply chain management solutions across their distribution network, one producer of packaging materials made of propylene and other resins was able to reduce CO2 emissions by 160,000 metric tons per year.

“Digitalization was once largely justified on the basis of profitability, and sustainability improvements were important, but secondary,” explained Pietri. “Now, our customers are focused on how digital transformation enables resource efficiencies, the energy transition, decarbonization, and the circular economy. They see the shift to green and blue hydrogen, CO2 capture, and renewables as opportunities for growth. There doesn’t need to be a trade-off between sustainability and profitability.”

“There doesn’t need to be a trade-off between sustainability and profitability.”

Leading the way in preparation

In addition, capital-intensive industries today are up against a world that is significantly more volatile, uncertain, complex, and ambiguous than in the past. After disruptions due to forces such as the global pandemic, natural disasters or accidents like a cargo ship getting stuck in the Suez Canal, there is increased awareness of how fragile supply chains can be, and, as a result, companies are turning to AspenTech to achieve greater operational insight and autonomy.

With AspenTech, they are better able to absorb major disruption to their businesses as a result of unpredictable catastrophic events, and in some cases, prevent it entirely.

Leading the way in transformation

Over the past forty years, AspenTech has played a key role in the transformation of the capital-intensive industries through technology and efficiencies thanks to its leadership, vision, and innovative solutions.

As the company approaches its next chapter, Pietri is excited about where the future will lead. “The industries we serve will help solve important global changes, from supplying more energy to a growing population in a sustainable fashion, to less waste and better recycling options, to faster vaccine development, manufacture, and distribution,” concluded Pietri. “Heading into the next decade and beyond, AspenTech is committed to helping our customers meet the world’s sustainability goals and create a better future for the next generation. I can’t think of anything more motivating.”