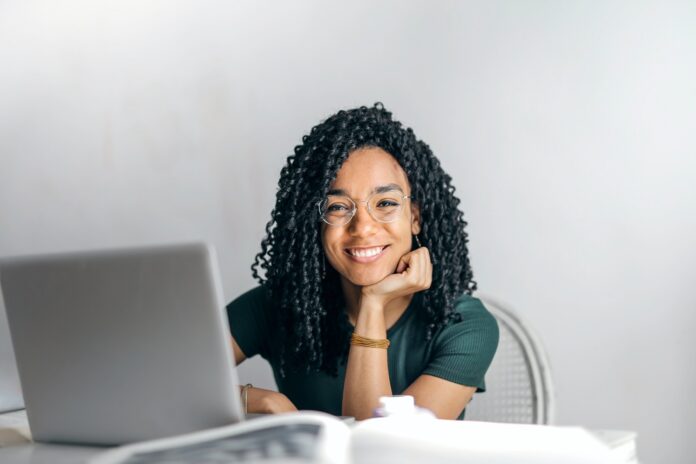 Women are underrepresented in tech sales

Only 16% of Sales managers in Tech (including SaaS) are women. This is well below the industry average of 26% across industries as reported in the “2019 State of Gender Equality in Sales” study by sales performance management provider Xactly. Women make up only 29% of sales reps even though they tend to hit or exceed their sales quotas. And, as SaaS and Cloud Software professionals progress in their career, the gap in pay compared with their male peers increases.

Clearly, with such consistent performance from women, there should be a more even balance in gender among salespeople in tech. Sales professionals learn much of what they need to be effective from experience and from interacting with others within the organization. Some qualities, skills, behaviors, and attitudes that make a good salesperson can be easier for women while others are easier for men. Having a more balanced mix in gender will help salespeople and sales managers develop skills in areas helpful to performing their jobs. And, the gender conversation today goes well beyond the context of men and women to LGBQT. A Forbes article reported 77% of Gen Z people say a company’s diversity would be a deciding factor in taking a job.

The behavioral patterns where top producing salespeople are comfortable, are gender neutral. Both men and women can be top producers. Some of the differences on how women view themselves and their jobs, however, can potentially make them better sales managers. The Xactly report showing slightly higher win rates and quota attainment from women led teams was not surprising to us. What is alarming is that equal to or better results, still does not result in equal pay in a profession where compensation is typically performance based.

Managers tend to hire based on experience and skills and fire based on attitude. With technology changing so rapidly, is the experience gained 5 years ago even relevant today? The key is to identify the skills, behaviors and motivators that are essential for someone to perform in the sales environments you are hiring them for.

The tendency to favor a demanding, aggressive, and competitive behavioral style when hiring salespeople contributes to the gender gap. Research studies of top salespeople in the United States performed by Target Training International, Ltd. showed top sales performers tended to be spread over four different behavioral patterns. An aggressive or assertive personality describes one the behavioral patterns, but only represented 17% of the top producers surveyed. Language like “aggressive” and “competitive” may not be how women view themselves. A direct, strong-willed, and forceful behavioral style can be less socially acceptable for women than for men in the United States. In the Xactly report they recommend working with HR to adjust how job descriptions are written. They say studies show women are less likely to apply for a job when they can do most, but not all, of the items in a job description where men will apply when they do not meet all the criteria.

People tend to want to buy from people who are similar to them, and salespeople prefer to sell to customers that are like them. We also tend to hire people that are just like us. If the sales environment you are in requires interaction with analytical people, which can often be the case in tech, people with an aggressive style may be a turn-off. Aggressive and assertive people are also probably not your best choice as a sales manager yet sometimes they are promoted to manager after proving to be great at sales, and find they are not a good fit to manage others. Aggressive and assertive managers may tend to field a team of salespeople just like them when a more balanced team including more social, people oriented and steady relaters may yield better results.

In a study of 300 sales professionals and 300 executives, both men and women had a propensity for a direct, competitive style, however men had a significantly higher score than women. Male and female executive and sales professionals need to be aware that even though they share the same behavioral style, the intensity of this dominant style is less for women than for men. In this study females were more likely to behave in a steady, gentle, and accommodating manner than a logical and analytical manner. The executives were also found to rank higher as steady relaters, indicating the need to be more steady and accommodating in leadership roles. For men, the results were just the opposite; men were more likely to behave logically and analytically than steady and accommodating. These differences may be a consequence of social conditioning.

In an article for Forbes “Are Women and Men Equally Emotionally Intelligent”, Dr. Shawn Andrews writes “In general, women tend to score higher than men in areas of empathy, interpersonal relationships and social responsibility. Men tend to score higher than women in areas of assertiveness, stress tolerance and self-regard (or confidence). These differences may play a role in the leadership gender gap. These differences often advantage men and disadvantage women at work. Boys are socialized very early on to be competitive, confident, assertive, decisive and even aggressive. Boys are taught about hierarchy and that winning is the most important thing. Girls receive very different messages in their childhoods. Girls are socialized to be nurturing, care about others, show emotions, get along and be empathetic. Girls learn that the process is more important than winning and that relationships are key.”

As companies move away from command and control leadership, to empowering employees to participate in decisions, does the lower dominant behavioral style result in an advantage for female leaders seeking to empower their followers and easier to persuade others to their point of view? How a sales manager manages has changed from controlling, task oriented, to coaching, relationship oriented. Studies have indicated that a relationship-oriented leadership style that is dominant and warm is best for managing salespeople. I would argue the disadvantages Dr. Andrews mentions can make women better managers. Developing a coaching culture teaches middle managers to manage in a less assertive manner.

Coaching requires attentive listening, another skill where women seem to have the advantage. Good salespeople talk less than 30% of the time and ask relevant questions. Your ability to give good advice depends on the quality of the questions you ask. Attentive listening keeps the ongoing questions relevant based on what you learn. When you do all the talking, you aren’t learning anything. You run the risk that your advice will be off the mark. Men tend to be more active listeners, filtering everything through the lens of “what action will I take with this information” Patient listening to really understand their frame of reference is harder for men.

Here are some ideas to accelerate the change:

Work on the job descriptions: Make sure you have the right behavioral style for the job. This requires an assessment of the sales environment, including who they will need to relate with and how the job will be done. We help our clients produce a benchmark to compare candidates against when considering a new hire that determines what to focus on in the interview process. Then check with the women on your sales team to be sure the language is gender neutral.

Include women in the interviews: Having multiple interviewers is always a good policy to mitigate bias in hiring. Include women where possible. Make sure, however they are either managing the position, successfully achieving in the job, or at least working closely with the position on a daily basis.

Fix the Inequities in Compensation: There is no reason for anyone to be paid less for delivering the same performance. There is nothing worse than having a top producer leave, especially if they go to a competitor. If you were a woman who found out your male peer was being paid more than you for delivering inferior results and you were offered more pay at a different company, I wouldn’t fault you for leaving.

Provide opportunities for coaching, mentorship, and peer support: One of the things we learned when we started a training and coaching program just for women is women may be less likely to comment or ask for support when men and women are in the group. They are, however, when the group is all women or if they are one-on-one with either a woman or man. Coaching should be an essential part of anyone’s sales development. Mentoring can make a transformational difference in anyone’s career.

Change your view of what makes a good leader: We need to broaden our definition of what makes a good manager. Dominant, aggressive and competitive styles are not necessarily going to empower, nurture and motivate. Why can’t they be empathetic? A steady relator and socially responsible, supportive person may be much more effective.
___

Christine McIntyre is the Chief Growth Officer at Our Sales Coach, provider of training and coaching for tech sales professionals and managers. Christine can be reached at
636 795 0393 or christine@oursalescoach.com

Why Executive Positioning on Social Media Is a 2022 Communications Imperative

Website Authority: What it Is, Why it Matters, How to Get it

What is Technical SEO? The Essential Basics for SMBs