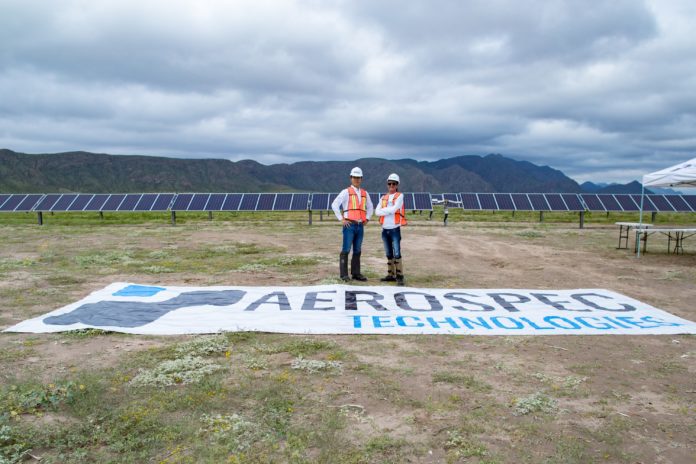 Forests are burning. Sea levels are rising. Climate is rightfully at the center of much of the world’s attention right now, and because of that, innovative ways of approaching energy consumption increasingly attract attention and investment. Renewable energy has especially been a primary focus of the new clean tech economy, and there is much hype surrounding opportunities in the space.

The vision is exciting; a world powered entirely by the wind and the sun, made possible by acres and acres of solar panels, wind turbines, and more. But behind that vision are practical details to consider: if solar or wind farms have hundreds of thousands of panels or turbines across hundreds of thousands of acres in some of the world’s most remote locations, how will they be maintained?

Operations and maintenance currently account for over 90% of labor during the lifecycle of any given renewable energy plant. Typically, this requires people to physically go out into the field and manually count and inspect, a process that is not only expensive and time consuming, but also potentially dangerous.

Lance Li, a former energy consultant studying energy policies at the Harvard Kennedy School in 2015, saw early on that this was a huge problem – and realized it was a problem he could solve.

“One of my professors would talk about things that were going to change the world – AI, machine learning, drones – all in a broad way,” says Li.  “That’s when it clicked for me – could we use drones for something beyond photography and Hollywood? I started my career in energy in Houston, and I started to apply these thoughts, and I knew I wanted to test out my ideas.”

Li didn’t just test out his ideas; he launched a company specifically to make solar and wind inspection more efficient. After several iterations and pivots, that company – Aerospec Technologies, a global data-driven software company for the renewable energy industry – is growing quickly and has attracted the attention of some of the most prestigious accelerators in the region, including both the Harvard iLab and MassChallenge.

Aerospec is unique in that, at its core, it’s a data analytics company. The company combines the latest in drone technology, thermal imaging sensors, and AI to not simply inspect solar and wind farms, but also to collect and interpret high quality datasets that optimize their performance with 98% accuracy. With Aerospec technology, for the first time, it is possible to identify anomalies across 2400 hectares within just seven days, a record for aerial inspection.  For the renewable energy industry, this translates to significantly improved operations, including an increase in efficiency of 90% and a 50% reduction in maintenance costs.

Today after just three years since Li’s started up, Aerospec operates from four global offices in the US, Mexico, China, and Australia and has completed over 1,000 successful missions in some of the world’s most remote locations  – all while running operations from its global headquarters in the Boston Seaport District.

Changing the World from Massachusetts

As Founder and CEO, Li is proud to scale up his revolutionary business in the city that first inspired him to think big about renewable energy.

“We came [to Boston], because we were looking to recruit talent, and Boston is just a really good place for that because there are so many schools in the area, but also because I personally love the vibe Boston has. It’s a young, vibrant, and intellectual area,” Li notes. “We have the talent, we have the ecosystem, we have the supporting structure, and I think there’s no place better to scale up this business than Boston.”

To date, Aerospec’s client’s have saved millions of dollars on operating expenses and even increased performance yield, thanks to Aerospec’s all-in-one, data-driven platform.The company is currently on the lookout for business partners who share the team’s passion for expanding the adoption of renewable energy practices, and the team is always hiring. Interested organizations and individuals can contact Li directly.

“Our mission is to accelerate the development of renewable energy through technological innovation,” says Li. “Our vision is that this company can truly be a core driver in improving efficiency and lowering the cost of renewable projects.”

A world powered by practical, efficient, and cost-effective renewable energy is a big idea. Thanks to Li and Aerospec Technologies, that big idea is one step closer to being reality.