Get Out Of The Way Tech Millennials, Here Comes Generation Z – Pay Attention to These Amazing Female Entrepreneurs From Technovation

Having lived all my life with the letter “Z” attached to my name, as well as having a generation Z female student in my family, I’ve been pretty intrigued about these future Z generation — born between 1997 and 2015 — tech entrepreneurs. My interest grew even stronger after participating for several years as a judge at the MassTLC Education Foundation’s Technovation event. 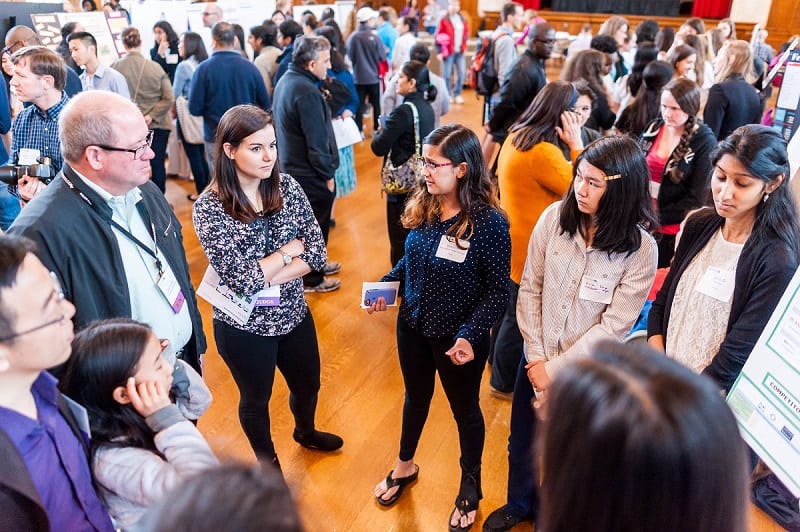 Technovation is an international program that teaches mobile app development, entrepreneurship, and community engagement. Female Generation Z students, work in teams to create mobile apps that solve a challenge in their local community. This year, more the 40 teams came together at Wentworth Institute of Technology in Boston to showcase their creativity, entrepreneurial skills, and mobile apps. What an amazing journey it was. This also gave me an opportunity, as a judge, to experience first-hand these passionate Generation Z’ers doing something great — not just good, but great — for their communities and the world.

With both Gen Z and Millennials in my family, I also discovered some good news, and that is, according to a 2017 Deloitte Millennial Survey, that “Millennials tend to have a broadly positive opinion of Gen Z (those currently aged 18 or younger). Maybe because of perceptions that they have strong information technology skills and the ability to think creatively, six in 10 (61 percent) Millennials believe Gen Z will have a positive impact as their presence in the workplace expands.” So all is good in the family with both our Gen Z’er and our Millennials.

As a SVP & CTO at HealthcareSource, a business that is focused on developing, innovating and delivering a SaaS platform that helps healthcare organizations hire, train and manage the performance of employees, I have the opportunity to witness firsthand how organizations seek to develop a pipeline of talent while also ensuring a diversity of perspective from their workers today and into the future. With Technovation, we see an opportunity where these Gen Z entrepreneurs will bring organizations an amazing new perspective with direct experience as they move forward into the workforce.

One particular trait of a Gen Z’er that I observed at Technovation was the strong desire to build work-related skills much earlier in life than in previous generations. Another characteristic is their strong desire to do something good for the community by using their entrepreneurial skills learned through observing their parents (Gen X) as well as older siblings (Millennials) as they pursued entrepreneurial businesses. The Technovation event certainly provided the venue for these young Generation Z women to exercise those traits. I saw a great deal of enthusiasm, problem solving, teamwork, and collaboration, as well as a competitive spirit.

Piper Jaffrey’s co-director of research, Steph Wissink, recently stated that “Generation Z wants to be part of something. They want to do something real, and they have the digital tools to make it happen now. They’re starting businesses with Kickstarter, raising money to draw attention to a cause or fight an injustice, and at the end of the day they want to share it with everyone they know. This generation is breaking down barriers. And if the tools don’t exist to implement their plans, they’ll invent the app.” This is exactly what also played out for many of the Generation Z’rs at Technovation. They invented great applications that reflected their beliefs about how they can help the community for the greater good with some amazing mobile app inventions.

I also found that many of the teams at Technovation were focused on STEM-related efforts, and this certainly correlates with the National Society of High School Scholars (NSHSS) 2017 Career Survey where they discovered that 54 percent of Generation Z plan to pursue career paths in science, technology, and/or engineering. Forty-one percent said they expect to work in the healthcare field.

When asked what issues are Generation Z most interested in that will impact their world, NSHSS found that 46% chose education, 43% chose human rights, 38% chose healthcare/health-related issues, 32% chose bullying and violence prevention, and, finally, 32% of the respondents chose environment/energy. Again, this correlates well with the types of mobile applications that were presented at Technovation this year, which is very encouraging. More information about this survey can be found here.

Finally, during the course of judging at Technnovation, I found that when it came time to showing off their applications and business plan, these Gen Z’ers were showing attributes of being future entrepreneurs who will carry the torch forward from previous generations and in the future, pass their spirited entrepreneurialism on to the Alpha Generation. Don’t know the Alpha Generation? They are right around the corner.