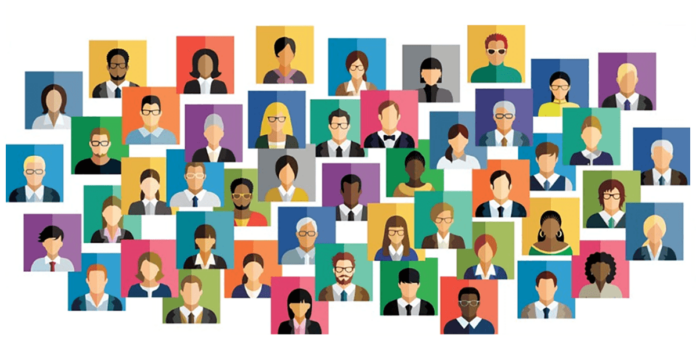 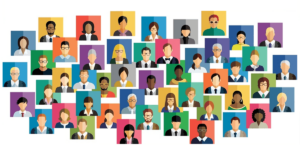 When it comes to social justice and the access, opportunity and growth that technology and technology companies can provide, intentions matter.

Intentions could be the difference between having an inclusive, diverse and more successful company that lifts up its community, or being just another tech firm that supports the status quo through unintentional indifference.

That was one of the main messages last week when Progress President and CEO Yogesh Gupta moderated a webcast panel discussion on the role technology plays in racial and income equality, hosted by the Mass Technology Leadership Council (MassTLC). Speakers included:

“In my opinion, social justice is the single most critical issue facing society today,” Gupta said as he kicked off the insightful program.

Yogesh is a co-chairperson of the MassTLC Board of Trustees and is one of the architects of the council’s 2030 Challenge to double the percentage of Black and Latinx workers in tech over the coming decade. He also helped create the MassTLC Tech Compact for Social Justice, which is now more than 90 companies strong since its inception in August.

LEARN ABOUT THE TECH COMPACT FOR SOCIAL JUSTICE

Gupta began by talking about improving inadequate access to technology, which disproportionately affects low-income, Black and Hispanic families. Those inequalities have been magnified by the COVID-19 pandemic.

According to the U.S. Census Bureau, 11 million children in the United States don’t have access to a laptop or a computer for their education. About 20 million residents in the U.S. don’t have access to the internet. As many as 100 million U.S. residents don’t even subscribe to an internet provider, mostly because of the high cost—$150 to $200 a month for basic bundles, Michelle Bailey said.

Access to technology and broadband were once seen as a problem mostly affecting rural communities, but many city residents face similar challenges. Unlike schools or commercial buildings, homes just aren’t as equipped for work or school, or even worse—both at the same time. The number of adults working from home in 2020 only compounds the problem, slowing down performance and productivity.

“While I think there’s a lot of funny ads out there about the new phrase being ‘Am I on mute?’ or ‘We can’t hear you, we can’t see you,’ for a lot of families, what it means is kids have to get in cars and go sit outside the library to get reliable access,” Bailey said.

Panelists said the first step to fixing the problem comes from a greater financial investment in infrastructure and collaboration among employers, schools, local towns and cities, landlords, and technology and telecommunication companies. Improving and expanding internet access should be followed by making laptops and software more affordable for low-income students and adults.

But technology, itself, isn’t a panacea. Once we address access, we need to expand opportunities in employment and education, panelists said.

Even members of MassTLC, whose communities have exceptional higher education, life sciences, engineering and financial services institutions right in their backyard, see a lack of commitment to developing local talent. Even with their near-universal agreement that training and employing people from different backgrounds will make their companies stronger, there are too many systemic obstacles for some and too many thumbs on the scales for others.

“What’s stubborn is not our knowledge, but our behavior and our habits,” said Greg Shell, who in addition to his role at Bain Capital is part of the core leadership of the New Commonwealth Racial Equity and Social Justice Fund, which supports nonprofits to help people of color.

There are four key areas that need reforms to pave the way for equal opportunity, Shell said:

“The fact that we deny ourselves full participation from all corners of our society is more than problematic,” Shell said. “We really are a lesser society and a less prosperous one for the fact that we don’t ensure with a real sense of purpose that the prosperity is extended out into the edges.”

Panelists called for more groups to follow the lead of the New Commonwealth Racial Equity and Social Justice Fund and businesses like Akamai, which sponsored the panel discussion and is a global sponsor of MassTLC. Akamai, for instance, has a program called Akamai Technology Academy to train people looking for tech jobs.

During the webcast, Gupta spoke with Tina Guthmann, a software development engineer at Akamai who went through the program. Both extolled the virtue of continuing education for an already highly educated and motivated community. High-skill jobs shouldn’t bypass a population that might be exceptionally talented, but in other disciplines. Especially in an age of second and third careers for many professionals.

That leads perfectly into the next pillar of bringing change: promoting professional growth early, often and at every step of the way for people in underrepresented groups. Companies can change how they approach inclusion and diversity, training, mentoring and their support of local education.

Standing for something will not only help individual companies grow, it will help the individuals and communities they serve. And companies will be able to compete for top talent at every level if they know opportunities exist to advance.

Customers will take notice, too.

Talent pools will assemble themselves around opportunity. People will flock from other cities, students will major in areas that yield good jobs. But, again, not all talent needs to be imported. Communities can adapt with a little help.

Finally, a commitment to social justice is about more than money, education and training. It’s about how we see people, how we relate to each other, how much we’re invested in each other’s success.

Today, many women and people of color work below their certification or degree level because even with the right education, they face barriers. And time and again, we’ve seen people leaving the tech community because of the “boys club” culture.

So, outreach can’t be superficial, and leaders can’t subscribe to the idea that one group’s advancement will come at the expense of another. That’s simply not true.

One of the many things that stood out during the discussion was Heppelmann’s candor about hiring people of color. Unlike efforts with women, who have more representation at the executive level and the board of directors (but still have a long way to go), when it came to hiring and development of people of color, companies haven’t shown “that same intentionality at all,” he said.

Changing those intentions and committing to change is exactly what MassTLC’s Tech Compact for Social Justice is about. The group provides resources, workshops, webcasts, events and member communities devoted to inclusion and diversity and more.

At Progress, we are in the process of hiring a chief inclusion and diversity officer, and our commitment to social justice can be found at all levels from CEO Yogesh Gupta to our corporate social responsibility programs championed by our team. We urge you to check back in with us frequently to see how our efforts are moving ahead. Let’s keep this conversation going.

This piece originally appeared in the Progress Blog, at https://www.progress.com/blogs/bring-social-change-to-the-tech-industry