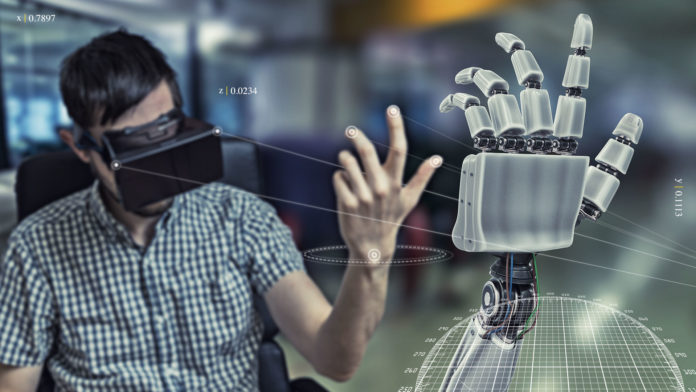 “Steve, Michael, Peter and Ray are accomplished and proven leaders,” said David Mindell, co-founder and chief executive officer of Humatics.  “Their addition to our existing team brings together an unprecedented blend of experts – in hardware and software development, marketing and product strategy. Together, we are focused developing our Spatial Intelligence PlatformTM to locate people, places and things in an increasingly connected world.”

“The world has already figured out how to precisely engineer the intrinsic movements of autonomous systems and robots,” said Mr. Toebes. “But the real value proposition lies in being able to precisely locate their extrinsic movements in the context of a factory floor, warehouse, or other setting.  I’m thrilled to be joining the team.”

Mr. Toebes has more than 24 years of experience in engineering design and product development for the robotics, automation, semiconductor and defense industries. For the last 17 years, Mr. Toebes has led hardware, software, quality, and operations teams through all phases of new product development in automation and robotics. Prior to Humatics, Mr. Toebes served as senior vice president of product development and operations for Rethink Robotics, where he led the hardware engineering, quality, and manufacturing teams in the design and production of collaborative robotic arms for use in industrial environments. Prior to that, Mr. Toebes was the vice president of engineering for Harvest Automation, leading the hardware, software, systems and quality groups in the design of robots for warehouse, e-commerce and agricultural material handling industries. Mr. Toebes also served as vice president of hardware engineering at Symbotic LLC and was one of the original team members that helped design the entire Symbotic system for automated case picking through the use of mobile robots. Mr. Toebes also served in senior product development roles at Brooks Automation and started his career as a mechanical engineer at Raytheon. He holds both a BS and a MS in Mechanical Engineering from Northeastern University.  He currently serves as an external advisory board position with Georgia Tech’s Institute for Robotics and Intelligent Machines and holds numerous patents in automation and robotics.

Dr. Barbehenn was recently the vice president of software and a longtime leader at Kiva Systems/Amazon Robotics, where he was instrumental in establishing the system’s core software architecture as well as a broad range of system features, including Amazon’s cloud-based solution. Previously, as director of software development at Motorola’s global software group, he established and ran a software center at corporate headquarters to serve the communications, industrial, and automotive sectors. Prior to that, he spent two years in Munich, Germany working with the automotive industry to standardize an embedded operating system and communications network. Dr. Barbehenn has a BA in mathematics and computer science from Cornell University, and PhD from University of Illinois at Urbana-Champaign in computer science, where he focused on artificial intelligence and geometric robot motion planning.

Mr. Secor has dedicated his career to helping technology companies accelerate growth and develop new markets. He has over 20 years of experience in information technology and industrial automation markets including robotics, telepresence, 3D printing, and IoT. His specialties include new market development, growth marketing, and forging high-impact global strategic alliances. Prior to Humatics, Mr. Secor held senior positions in business development, product marketing, and product management at Stratasys, iRobot, Polycom, Parker Hannifin, as well as two early stage technology startups. In his early career, he established a foundation of developing strategic, creative perspectives as a strategy consultant to Fortune 500 technology companies including Rockwell Automation, Honeywell, DirectTV, and EMC. Mr. Secor holds a BS in Mechanical Engineering from the University of New Hampshire, and an MBA from Columbia Business School.

Dr. O’Mara brings a depth of experience in developing strategic relationships with key aerospace partners as well as directing defense-oriented research and development. Most recently, Dr. O’Mara was the director of air campaign strategy at Aurora Flight Sciences, a position that he took following his retirement after 29 years in the United States Air Force. During his Air Force career, he completed several operational and operational test flying assignments, amassing over 2,000 hours in the F-15C aircraft, served on the USAF headquarters staff, commanded the USAF’s Air-to-Air Weapon System Evaluation Program, and served as chair of the strategy department at the Air War College. Dr. O’Mara is a graduate of Rensselaer Polytechnic Institute, the Air Command and Staff College, the School of Advanced Airpower Studies and the Air War College. He completed his PhD at MIT in Technology, Policy, and Engineering Systems.

Learn more about Humatics and read the full release here