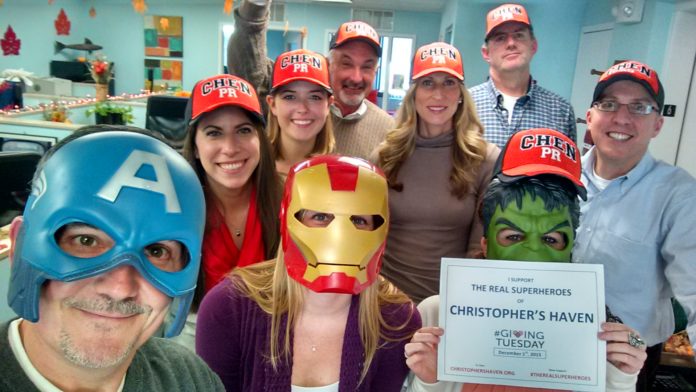 CHEN PR has enjoyed a long relationship with the Massachusetts Technology Leadership Council. We strongly believe in its mission and, in fact, our agency’s history parallels MassTLC’s. We’ve always been involved in one way or another, so the decision to become a Global Sponsor was an easy one for us.
When CHEN PR opened its doors in 1996, we did so with an enthusiasm for the vibrancy of the Massachusetts innovation community. It was a time of great promise – and much turmoil – for the technology industry here and around the world.
Through the ups and downs, the optimism of the people of this community has never wavered. MassTLC and its member companies have consistently been at the vanguard of that positivity and progress – leading with a vision and a message that embodies the history of our region’s world-leading innovation, while keeping a steady focus on what we can continue to do collectively to make the world a considerably more efficient, safer, healthier, happier and ever-advancing place.
Like MassTLC, we’ve enjoyed having a front row seat to some of the most important movements of the digital age. With tens of dozens of clients through the years, we’ve worked with multibillion-dollar, publicly traded global leaders, venture-backed startups defining new markets, and hyper-growth companies capitalizing on bringing just the right product or service to market at just the right time. M&As. IPOs. Funding rounds. Information security and privacy. Networking and telecommunications. Software. Hardware. Services. On-prem. In the cloud. And we can’t wait to see what the Fourth Industrial Revolution brings next.
Three years ago, we made the decision to relocate from our longtime location in Waltham, which served us well for so many years, and take up residence in Boston’s Downtown Crossing neighborhood. The city was on the cusp of a Renaissance, a reversal of the flight to the suburbs that had previously driven construction of the impressive string of office parks that line our famous Route 128 and Route 495 corridors. We knew something big was unfolding – and we wanted in.
Today, we’re excited to be in the thick of “what’s next” for technology and our great city. With the Innovation District across the Fort Point Channel to one side and Kendall Square across the Charles River to the other, the hum of DTX is undeniable and invigorating.
Serving as a vanguard for the state’s tech industry, MassTLC has been in the thick of it, too. The organization and the people who drive it have built a robust community comprising Thinkers and Doers alike. MassTLC’s programs draw the best and brightest (and those who aspire to be) in their respective industry segments, like security, internet of things, cloud, big data, healthcare technology, robotics… and other areas where innovation is transforming industries.
Look no further than the recent NewCo Boston festival for evidence, as more than 1,000 people throughout the Greater Boston Area got a look behind the curtain at 80+ of the region’s most creative firms. Host companies’ expertise ranged from virtual reality, ecommerce, clean tech and marketing to transportation, exercise, food and drink.
Given the dynamic nature of the innovation economy, Massachusetts is now home to multiple associations and organizations, emanating from both the public and private sectors. It is outstanding to have this type of infrastructure; it’s a requirement for expanding upon Massachusetts’ role among the world’s most influential tech capitals.
We’re equally fortunate that MassTLC remains the region’s consistent, proven voice and the leading network for tech executives, entrepreneurs and investors. We’ve always applauded MassTLC’s tireless dedication to furthering the tech industry agenda in Massachusetts to the benefit of the state as a whole – working on its own and by partnering with other groups.
CHEN PR is excited to be increasing our role in those initiatives. Working even more closely with MassTLC and the hundreds of companies it represents, together we’ll help make “what’s next” unfold.
(P.S.: Stop by and see us every Thursday eve in Boston’s Dewey Square Park near South Station for the Boston Calling Summer Block Parties. Catch some live music, have a drink and challenge us to a game of corn hole… if you dare.)

Voatz Successfully Completes Its 2022 Elections in the US & Canada