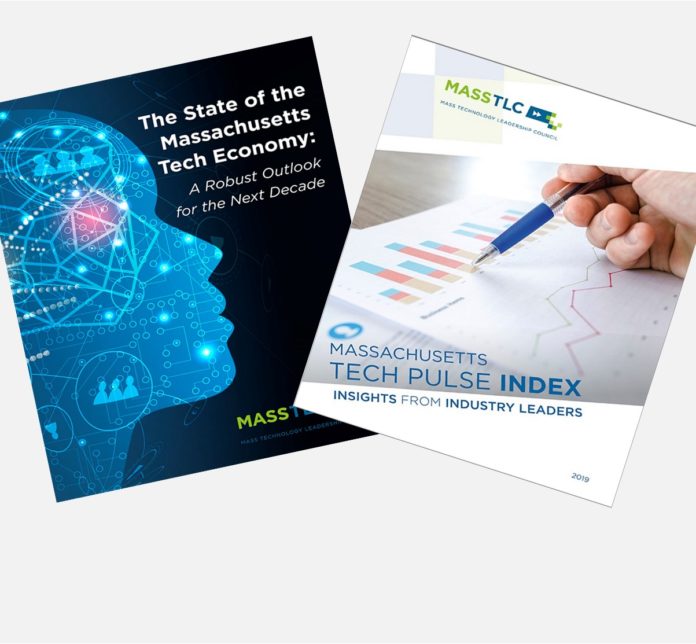 The Mass Technology Leadership Council (MassTLC) released two major research reports at an Executive Forum on January 31 at the Westin Waltham. The State of the Massachusetts Tech Economy benchmarks the tech ecosystem here in Massachusetts over time, against other sectors and other regions, and The Massachusetts Tech Pulse Index gauges business confidence here in the Commonwealth based on a survey of 156 executive tech leaders across the Massachusetts tech sector.

Overall, the two reports combined show that while tech is a major economic driver of the Massachusetts economy, there are challenges that threaten its continued growth: insufficient supply of high-skilled talent, unreliable public transit and — at times crippling – traffic, as well as the limited stock and high cost of housing.

In addition to economic factors, other key findings show a continued gap in diversity among tech workers in Massachusetts, with minorities making up only 33% of those employed in tech occupations. While the reports do indicate that Blacks or African Americans and Latinos or Hispanics doubled their representation, the absolute numbers remain low, indicating that there is still much work to be done in creating a more inclusive tech workforce. Women also continue to be underrepresented at only 28.6% of workers in tech occupation.

“This research is critical to measuring the huge impact the tech sector and tech has on the entire Massachusetts economy. And while we count ourselves lucky to have such a robust tech ecosystem, we also must be mindful as we look to find solutions to overcome our biggest challenges and ensure they do not threaten our future growth.” Says Tom Hopcroft, CEO of MassTLC.