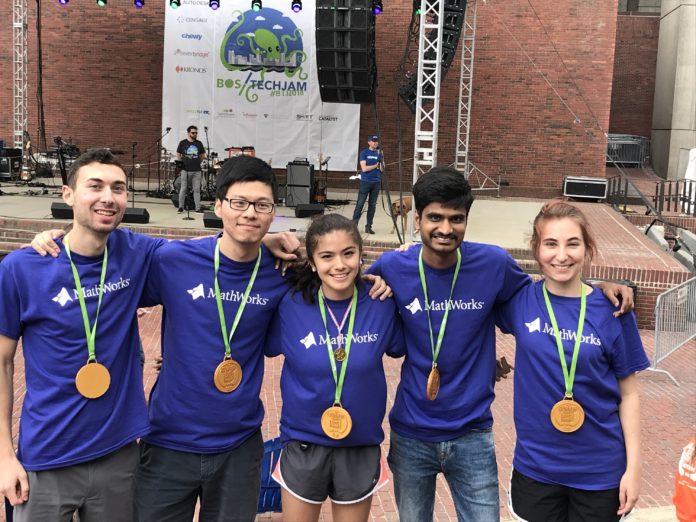 Kronos Incorporated, founders of the annual Battle of the Interns, will make a generous donation to the Big Brothers Big Sisters charity on behalf of MathWorks, winner of the 2018 event.

This year’s competition, which coincided with Boston TechJam for the first time ever, featured 182 interns representing 90+ universities at 11 of the city’s leading tech companies competing in a scavenger hunt across the city. Out of the 34 competing teams, MathWorks emerged victorious.

More than sport, though, the event is about community – and giving back. Tech in Massachusetts is competitive at times, but it also brings people together in a way that is special.

“We’re thrilled to see something that started as a Kronos-only event in our parking lot five short years ago rise to new heights by partnering with MassTLC at Boston TechJam,” said David Almeda, Chief People Officer at Kronos. “The annual Battle of the Interns event has quickly become a tradition that provides the next generation of technology leaders with a unique opportunity to grow, network, and share their passions.”

Kronos has funded a charitable donation on behalf of the winner since it created the competition several years ago for its own interns. Their leadership and generosity in this regard has not gone unnoticed.

“The Battle of the Interns is a unique event that gives aspiring technology professionals a chance to be collaborative in a fun, competitive environment. As part of Boston TechJam this year, the Battle also gives them the opportunity to engage first-hand with a wide range of companies that exemplify the innovation and creativity this region has to offer,” said Jack Little, CEO of MathWorks. “We are proud that the MathWorks team won the Battle of the Interns for the second straight year, and we’re also very pleased to be able to contribute the winner’s prize of $3,000 to Big Brothers, Big Sisters – an organization that so many of our staff members actively support throughout the year.”

Congratulations to MathWorks and to all who participated. You are what makes Massachusetts a great place to live and to work.