In the meantime, let us introduce you to our finalists and the great work that they are doing here in Massachusetts.

Meet the 2018 CMO of the Year finalists. 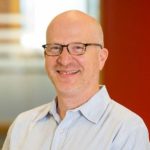 Brought into the organization at the start of 2016, John was hired for his expertise with modern, digital, data-driven marketing—an approach that is anything but a given in the slow-to-evolve industry of music technology. Since then, John has matured the Sales and Marketing team through 25 new hires with increasingly sophisticated experience across product marketing, content, communications, demand generation, and design. He unified iZotope’s design practice, bringing both creative design and product design/UX into one group that lives within the Go to Market team. In September 2017, the launch of iZotope’s first consumer hardware represented a significant shift in iZotope’s brand. In the lead-up to launch, John rose to the challenge of reaching a new market and a new persona. As a result, the Recording Academy named Spire Studio as one of the Best Music Tech Innovations of 2017, and iZotope won the IHS Markit Innovation Award at this year’s CES show. Though the Spire Studio launch was one of his biggest brand endeavors in the last 12 months, John has steered global expansion with additional Sales hires in the UK, EMEA, and Japan. John has served as executive sponsor of a number of activities to combat this gender disparity and support more women in music.  iZotope is a faithful sponsor of the Women’s Audio Mission (WAM), an organization based out of San Francisco and has arranged special funds to support women at prominent international audio technology conferences like ISMIR and DAFx. A musician at heart and a touring drummer in a past life, John exudes a calm, easy going nature that serves as a stabilizing force when things get hectic. Firm yet fair, fun yet focused, John quickly earns the respect of those around him and treats others with the same. 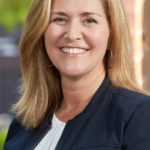 Last year, in conjunction with the organization’s 20th anniversary, Akamai undertook the major initiative of re-launching it’s corporate brand. Working with the brand team and external agencies, marketing under Monique’s leadership spearheaded a full corporate re-branding including the creation of a new vision and mission, and renewed corporate strategy. These items were launched along with a full suite of visual brand items by Monique at the company’s last corporate all hands global meeting in Q3 of 2018. Monique has made it a priority throughout the global marketing team to foster team-building and drive efficiency in communications. In the last 12 months along with her senior marketing leadership team, Monique, spearheaded the creation of the global Extended Marketing and Enablement Leadership team (EMELT) at Akamai, as well as, the creation of bi-monthly Marketing Round Table discussions across the organization, which she personally leads. Monique is a passionate role model for people of diversity within Akamai and within the technology community in general. She has spoken at International Women’s Day events and is involved with Akamai’s Ohana group for Akamai employees who identify as African American, Black, Hispanic, Latin American. Most recently, Monique established a new organization within Akamai called the Executive Women’s Forum. She sits on the Board of Directors for the Akamai Foundation. 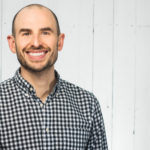 Prior to Jonathan’s joining the team at Reward Gateway there was no strategic marketing functioning in place; the team was made up of four marketers reporting into different functional groups. Under Jonathan’s leadership, a new team was designed around the customer lifecycle with the mantra of creating global resources applied in a geo appropriate way. Now a team of 16, the Reward Gateway marketing team has employee engagement scores that are near the top of The Great Places To Work lists. Jonathan is an avid believer in strategic recognition and uses the company’s social recognition solution to celebrate his team’s achievements every day. He has sent over 200 eCards aligned to company values, reinforcing the behaviors that are important to the company and the teams’ success. In the past 12 months, Jonathan has been working with founder Glenn Elliott to launch the RG Foundation, which aims to make the world a better, fairer and safer place to work. The RG Foundation will provide grants to beneficiaries which have a focus on education, microfinance, social enterprise and empowerment, particularly among women, young people and disadvantaged or excluded groups. Outside of his work responsibilities, he frequently takes time to meet with young marketing professionals to provide career advice. 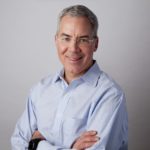 Bullhorn has grown rapidly in the past year, and throughout this transition, Gordon has played a significant role in maintaining Bullhorn’s incredible employee culture, spearheading formal and informal initiatives for building trust and teamwork. As a result of team cohesion, in the last year, Gordon and the marketing team led the go-to-market strategy for four acquisitions, including Bullhorn’s first international acquisition. Gordon successfully oversaw the messaging and development of all customer- and employee-facing communications to announce the acquisition and to rebrand the companies to fold into the Bullhorn family, working directly with customers to ensure a seamless transition from their current software provider to Bullhorn. He also oversaw the go-to-market strategy for Bullhorn for Healthcare Edition, marking the company’s first foray into developing a holistic technology solution for a vertical in the staffing industry. 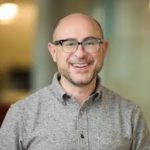 In 2017, Carbonite launched its new website and brand under Norman’s leadership. Redesigned to house every function under the Carbonite umbrella, the site includes original Carbonite products and those it has acquired. Norman and his team were responsible for the successful rollout of the website and clearly packaging products for the right target audiences. Carbonite.com now provides a single place for customers and partners to find all the information they need to try, buy, learn, connect, and get support, successfully demonstrating the company’s transformation from B2B into a B2C provider over the past several years. With Norman at the helm of the brand strategy, he has positioned the company as the leading data protection platform for businesses, well equipped to serve a large and growing market opportunity. Norman is head of the Carbonite Charitable Fund board, which aims to close the technology skills gap by funding STEM programs in diverse communities. 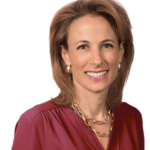 Loren led her team through a subtle, yet complete rebranding which included the revamp of the company’s multiple web properties, an overhaul of the Company’s corporate positioning, and a campaign to publicly promote the Progress CEO and CTO as experts in machine learning, AI, VR and AR. She worked with leaders across the company to forge cross functional collaboration and drive a new way of thinking about and executing Progress’ go-to-market. Notably, Loren and her team executed ProgressNEXT 2018, the company’s first modern user conference for all products, all customers, all partners – and the launch pad for Progress’ new strategy and approach to the market. Loren is on the board of Vue Vixens, a not-for-profit organization that focuses on teaching women and people who identify as women to code. She is currently spearheading Progress’ Diversity and Inclusion program and recently hosted a Women at Progress event at the new office in Sofia, Bulgaria. Loren is an accessible CMO to all employees. Shortly after she joined Progress, she moved her team to an open space office to establish a high-energy, collaborative work environment. No high-walled cubicles or closed offices can be found – just rows of desks, where Loren also sits. 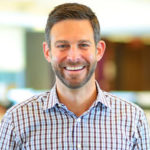 Unlike most CMOs, Ed Macri started his career in software development and product management. He came to Wayfair in 2007 to launch the company’s Business Intelligence group and today serves as Wayfair’s chief product and marketing officer. Overseeing two significant parts of the business, he heads up a growing marketing team that’s uniquely filled with more math and economics majors than traditional marketers, as well as, a product team that’s driving a seamless shopping experience through technology and innovation. Ed views the Wayfair marketing approach as truly a strategic advantage for the company, which has resulted in bringing 100 percent of media buying and creative in-house, and building full-stack ad technology in-house. By endorsing the build-over-buy approach across the marketing team at Wayfair, Ed has fostered a faster feedback loop on performance, letting the team nimbly bring new concepts and creative to market in a matter of days. Ed’s leadership has made marketing the profit center for the business and a significant driver in shaping the company’s revenue growth, necessitating the department’s deeply entrenched involvement as a thought partner to business groups across the organization in the early stage development of key initiatives and campaigns. 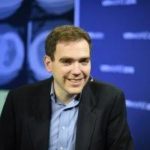 As CMO of SoftwareONE, Lawrence Schwartz leads the international marketing team. Over the past year, he has helped spearhead marketing efforts that have helped the company grow significantly while increasing its presence in more than 80 countries. To support that growth, Lawrence increased the role of the marketing team in the company by implementing new initiatives, such as the adoption of Marketo, to increase collaboration across the global marketing department as well as across the company. Historically, the SoftwareONE global marketing teams were very siloed, there was little collaboration across regions. Since he joined the company just over two years ago, Lawrence has hosted marketing team meetings in EMEA and North America, which included team representatives from the other regions. Now, the marketing team collaborates more readily on global campaigns. With Lawrence’s direction, SoftwareONE improved its go-to-market strategy by empowering the sales teams with more ready-to-use collateral. Lawrence has established himself as a thought leader and resource in the cloud and software asset management space. 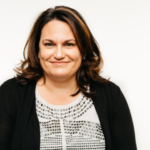 After seven years at WordStream, Laura remains as passionate and intently committed to the team’s success as the day she walked into the organization. This past year, Laura was fundamental during the organization’s corporate transaction with Gannett. The acquisition was contingent upon the success of the marketing team, as well as, Laura’s intelligent, data-driven, and inspirational leadership. Laura’s passion for customers, for the team, and for the mission of WordStream shone brightly during the entire process. She is a sought-after executive on the joint Gannett/WordStream team and is involved in several high-profile Marketing integration activities designed to drive new growth across both organizations. Under Laura’s guidance the marketing team designs collateral for and helps promote WordStream’s dozens of CSR efforts per year. Beyond the marketing team, she has been a champion of the use of the Predictive Index across WordStream as a way to more effectively assess candidates and enable employees to develop the most productive working relationships. 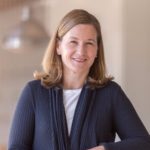 Sarah Welch has built a world-class consumer marketing team to complement and broaden the skill set of CarGurus’ highly technical traffic acquisition team. In the past year, the department has expanded to include brand marketing, social media, creative design, customer insights, and editorial content, in addition to scaling a strong existing PR team. Sarah has structured her fast-growing team in such a way that recognizes the unique and complementary talents of each team member and has created a collaborative environment where everyone’s voice is heard and valued. As a result, CarGurus emerged this year as the most visited car shopping site in America, eclipsing longstanding, well-known incumbents such as AutoTrader, Cars.com and TrueCar. Sarah leads CarGurus’ sponsorship of the Red Sox Foundation Vehicle Donation Program through direct financial contribution and co-promotion, which has led to the donation of more than 600 vehicles to date.

Why Executive Positioning on Social Media Is a 2022 Communications Imperative

Reflections on a Year of Perseverance and Community