In the meantime, let us introduce you to our 2018 “Emerging Executive of the Year” finalists and the great work that they are doing here in Massachusetts. 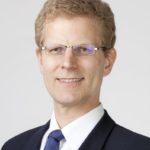 Gerald joined LogMeIn as the first Chief Information Security Officer for the company in 2017 after it’s merger with Citrix’s GoTo family of products. Gerald created a comprehensive security and compliance team from individual security resources and developed a comprehensive security, governance, risk management and compliance (GRC), and technical privacy program for LogMeIn that covers its products and corporate infrastructure. By employing innovative approaches, such as a dedicated Security Engagement function, Gerald was able to drive effective change across a large multi-national organization. 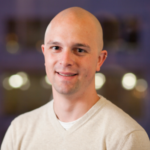 Under Rob’s leadership, Salsify has seen enormous growth in its customer base and even greater increase in revenues year-over-year, with more prospective customers than ever understanding their vision for the future and overall expertise. Internally, Rob has been the driving force behind company culture efforts including Salsify’s Diversity and Inclusion team. This now employee-led group has been responsible for unconscious bias trainings, hosting She Geeks Out meetups, and producing an employment transparency report with gender hiring breakdowns by role. Rob also spearheaded the creation of the Open Experience Alliance (OXA), a collective movement that empowers brand manufacturers to band together and demand changes from retailers on things like opening up tech systems and data. 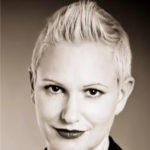 Sarah is the Vice President of Marketing for SmarterTravel, a TripAdvisor company, which she joined in July of 2016. In her two years at the company, Sarah delivered impressive lifts on return-on-ad spending, profit margins from Facebook advertising campaigns, and growth from mature channels, such as CRM. She pioneered an innovative cross-channel attribution program that enabled paid channels to bid up by investing CRM budget to acquire subscribers, pivoting away from a short-term, single-session revenue focus. Under her leadership, the SmarterTravel network has grown to boast over 12 million subscribers and over 200 million monthly visits.

As an executive sponsor of TripAdvisor’s equity, diversity, and inclusion program, Sarah is a sought after speaker for multiple topics, including commitment to equity, diversity & inclusion and a visible advocate for LGBTQ rights. 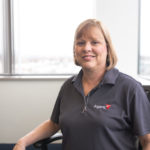 Over the past year, Karen has served as team lead for Agero’s cloud migration, one of the
company’s most important digital transformation efforts. The goal was to make the
roadside assistance experience seamless. To do this, she led a team of IT engineers; development engineers; QA engineers; DBAs; software security, site reliability, telecom, and networking engineers tasked with eliminating on-premise and co-location data centers and with moving Agero’s Roadside Assistance applications to Amazon Web Services (AWS).
Transferring data into AWS was not only innovative, but also transformational for the
company, its clients, and their customers. Karen’s extraordinary and well-respected leadership skills accomplished all this – and transformed an ordinary IT data center mindset to a cutting edge cloud technology group  in less than a year. 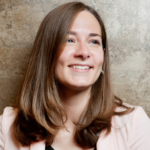 Jessica joined Notarize in January of 2018 after leading marketing for other fast-growing companies. Since joining Notarize less than a year ago as Vice President of Marketing, she’s helped significantly grow the business and has been a key player in the strategy surrounding Notarize’s most recent funding. She has been instrumental in building Notarize’s brand and presence both in the industry and in the media, including securing Notarize’s various placements in top media outlets and earning Notarize recognition in Tech 100, Rising Stars, and as Best In Show. 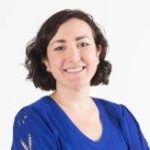 As CMO at Crayon, Ellie has launched various successful marketing programs to drive high quality leads and customer development. Under her leadership, in 2017, Crayon significantly grew it’s revenue, tripled the size of its team, and saw its market and competitive intelligence platform adopted by tens of thousands of teams worldwide. Ellie works at the intersection between marketing, sales, and product, and building marketing from startup to scale-up. She has grown Crayon’s user base to over 70,000, published the largest study yet on market intelligence and created a half dozen eBooks with thousands of downloads each. 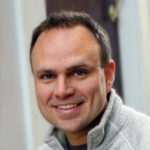 In his role at Senior Vice President of Product, Christopher has grown his organization significantly since joining HubSpot at the beginning of 2017. Seeing an opportunity for integrating cross-functional leaders into the product organization, Christopher created a new General Manager role for each of HubSpot’s lines of business and filled those roles with experts in Sales, Marketing, and Customer Service. He led his team to build an entirely new line of business (Service Hub, a suite of tools that help HubSpot users help and delight their customers) in less than a year. He also successfully managed the acquisition of Motion.ai and integrated their team into the organization and the HubSpot product.

On his team, Christopher is adamant about developing people. He is a dedicated mentor to junior Product Managers, holding monthly lunches to help them learn and grow in their craft. Furthermore, Christopher is a passionate advocate for diversity, and has achieved a nearly 50/50 gender balance on the teams he manages. 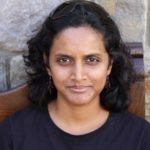 Sunanda joined Wayfair in 2017 to lead a team of data scientists and engineers who build machine learning solutions that ensure better shopping experiences for customers. Over the last year, her expertise has helped prop up the artificial intelligence (AI) backbone that helps Wayfair show the right products and messaging at the right time to its customers. Under Sunanda’s leadership as head of Demand Recommendations at Wayfair, her team of data scientists has worked to personalize the exposure of products on Wayfair and all umbrella sites with the goal of connecting the customer with products most relevant to them. 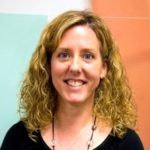 As the SVP of Marketing at Interactions, Jane built a marketing department from a team of two to the global team Interactions has in place today. She has been instrumental in providing input to develop and guide the company’s overall strategy and helped bring Interactions to its current prowess as a company. When Jane joined Interactions in 2013, the company was transitioning from being a heads-down technology company to being more proactive in driving awareness and growth. Jane built the structure, tools, and team required to move the company forward and spur that growth. She led everything from a company-wide re-branding and positioning effort, to high performing demand generation programs, to an entirely new customer engagement AI term with “Intelligent Virtual Assistants.” Jane leads by example – maintaining an inclusive, understanding attitude that listens to all perspectives and ideas and encourages collaboration and teamwork to help everyone accomplish the best outcome. 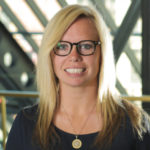 Kim has run HubSpot for Startups for almost three years. In her role as Global Vice President of HubSpot for Startups, she presides over some of the fastest-growing segments. She has expanded the business development team from Cambridge, MA, to Dublin, Sydney, Singapore, and San Francisco, all while adding a Services and Marketing team into HubSpot for Startups. She has helped expand this program to include large partnerships with other leading technologies (such as Amazon, Google, and Stripe), launched a program to help Series A startups, and gone further down-market to help early stage entrepreneurs with their growth through HubSpot for Startups Bootstrap program.