In the meantime, let us introduce you to our finalists and the great work that they are doing here in Massachusetts.

Meet the 2018 CTO of the Year finalists. 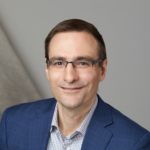 Anthony led and orchestrated the planning, execution, and follow through for the largest acquisition in the company’s history, launching a new site and scaling to handle double volume in just 48 hours. The complexities of this project were numerous: determining the essential product features to build, expanding our stack for multi-tenancy, upgrading large app install bases on both iOS and Android, navigating politics with a much larger company, translating sensitive data for over 30 million members into multiple operational systems, enabling all internal stakeholders to prepare to run an entirely new business, and executing the launch and subsequent issue resolution with military precision, all on an incredibly tight timeframe. Moreover, Anthony navigated this all in a way that empowered autonomous teams to make decisions while unifying us towards the common goal. 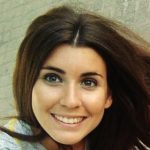 Teresa is the Chief Data Scientist and CTO at nQ Medical. In a mere four months with a limited budget that required her to immerse herself in code, she single handedly transformed a machine learning platform born in the laboratories of MIT as a research tool  into an industry-leading digital diagnostic supporting life science company R&D and commercial applications in digital health for clinicians and patients. Teresa is the backbone of nQ Medical. She kicked off a clinical trial with the Cleveland Clinic to explore use of the platform to fight Alzheimer’s Diseases, she published two papers in leading journals supporting the use of personal devices to track disease progression, and developed the three year road map for future platform enhancements – all while driving the development and release of version two of the machine learning platform. 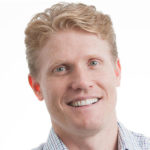 In the last twelve months under Stephen’s leadership, BitSight was the driving force behind the “Principles for Fair and Accurate Security Ratings.”  Stephen was also a key player in the BitSight Security Ratings Correlation to Breaches. In a two year period, BitSight analyzed the Security Ratings of 27,458 companies. These companies varied by size and geography and they spanned 22 diverse industry sectors. BitSight’s data scientists compared this ratings data to a comprehensive set of breach events during this time period. The resulting analysis demonstrated that companies with higher ratings are less likely to have experienced a publicly disclosed data breach. When Stephen isn’t attending customer and partner meetings or speaking on business and technology panels, he enjoys working closely with and leading his team. Stephen is the only executive who doesn’t have an office at BitSight.

The platform that Dan has built as CTO of Alpha Software ensures that anyone with MS office level skills can apply their domain skills to helping their company succeed as the go they go through Digital Transformation. Dan facilitated the reduction of time that it takes to build most enterprise smartphone apps from weeks to mere minutes. By empowering non-code business workers to build sophisticated and secure mobile data capture and dispatch apps, he has empowered all workers to actively involve themselves in their organization’s digital transformations. In addition to being the holder of several patents, his totally fresh way of tackling problems and his ability to get everyone excited and onboard by listening to people have made him a great leader. 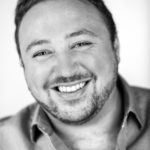 Under Dávid’s watch, Formlabs scaled from one flagship product to two more game-changing hardware products, the Fuse 1 benchop selective laser sintering (SLS) 3D printer and the Form Cell. Guided by a deep understanding of the market and Formlabs customers, he has also led the company in developing more than a dozen new materials in the past four years, from functional resins like Flexible Resin and glass-filled Rigid Resin to boundary-pushing experimental products like Color Kit and Ceramic Resin. Since Dávid took on the role of CPO in 2014, the company has grown from roughly 40 people to more than 450 employees world-wide today. However, the culture of the company has maintained a small community-feeling in large-part thanks to Dávid’s emphasis on team-building outings and approachable management style. 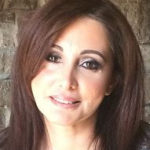 In less than a year, Amy has reorganized Vecna’s teams to knock down communication barriers, distribute product knowledge, and focus on customer delivery. She instituted a well designed framework for effective agile processes with tools she had spent her career honing. In record time Amy has made clear decisions and enacted positive changes to bring all of these teams under one roof and create a long term plan to synchronize platforms. Under Amy’s mentorship, Vecna employees see a clear career path and real opportunities to make a difference in the organization. She has been pivotal in recruiting key personnel to the team including software engineers, a Chief Architect, DevOps Manager and even a Sr. Project Manager. Amy has quickly become someone the whole team at Vecna has come to rely on and respect. 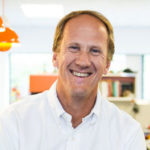 Over the last year, Bill and his team have delivered two new products, dozens of feature releases of existing products, dozens of product integrations, a new platform architecture, and SaaS offerings for multiple products. He has led the integration efforts between Synopsys and Black Duck, managing a team of 250 developers across Synopsys in multiple locations, rationalizing the various product offerings, and defining and implementing a new platform which will integrate all of the Synopsys application security solutions. Outside of Synopsys, Bill is active in the Massachusetts tech community, serving as a mentor and advisor for a number of companies. He is partner at Converge Venture Partners, as well as, an active volunteer with Year Up and City Year. 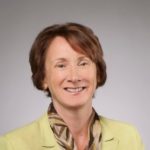 At Iron Mountain, Fidelma created the Global Technology & Operations organization, a customer-centric, global, technology team inclusive of Product Engineering, Product Management, Innovation, and Information Technology. Prior to this transition, the technology groups worked independently and did not have a shared mission. In the last year, her team rolled out a new product lifecycle framework that includes voice of the customer at every phase. Fidelma fosters personal and direct engagement with the venture capital community in both Silicon Valley and the Boston area, and through these relationships, Iron Mountain has identified partnerships, potential partnerships and technology trends. In late July, under her leadership, Iron Mountain announced a partnership with Google for a product called Iron Mountain Insight. She frequently speaks to women in technology forums and promotes college hiring and developing high potential talent early. 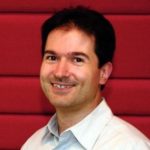 Sim challenged the notion that privacy is detrimental to AI accuracy by creating prAIvacy™, the first and only HIPAA-certified software architecture for arbitrarily complex data analytics, machine learning and AI. prAIvacy™ performs accurate AI predictions with no privacy loss, an industry first and is the foundation of IPM.ai, a new business incubated within Swoop in the last twelve months. Sim is focused on democratizing access to the big data, machine learning and AI ecosystem. Not wanting technical business users and domain experts to be left behind by the AI economy, last year Sim initiated a project, involving IBM and Databricks, to challenge the 40+ year dominance of SQL as the default mechanism for querying data. Sim’s invention — Goal-Based Data Production — reduces the effort required to get answers from data by 10x while dropping the technical bar to the level of skilled Excel users. He is a member of the Internet Advertising Bureau’s Data Transparency Working Group, serves on the IAB’s Identity and Anti-Fraud Working Groups, mentors TechStars companies, and advises and invests in a wide range of high-tech startups. 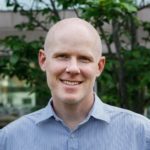 As CTO of Vecna Robotics, Daniel Initiated and oversaw the development of a new fulfillment paradigm, hybrid fulfillment, which combines the best of person-to-goods, goods-to-person, and auto-picking. This hybrid fulfillment system was fully realized and brought into operations.There is an incredibly complex optimization and load balancing scheme required to ensure that each order element is picked from the most appropriate pipeline. In addition to contributing to a strong team-first culture at Vecna Robotics, Daniel contributes heavily to MassRobotics, as well as, to the the larger robotics community as whole.