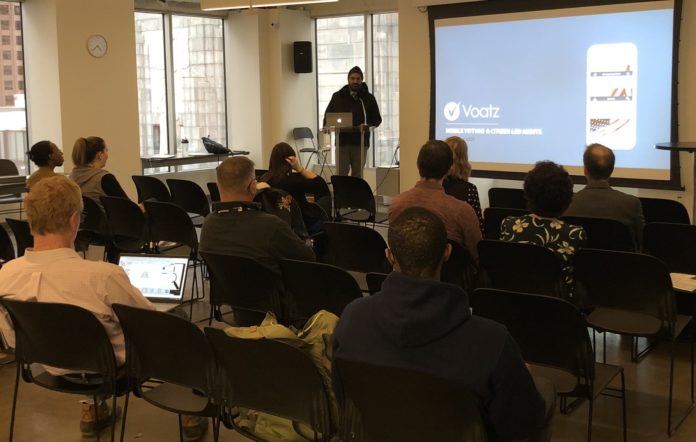 Voatz hosted members from the public last week in their office space as part of NewCo Boston 2019. 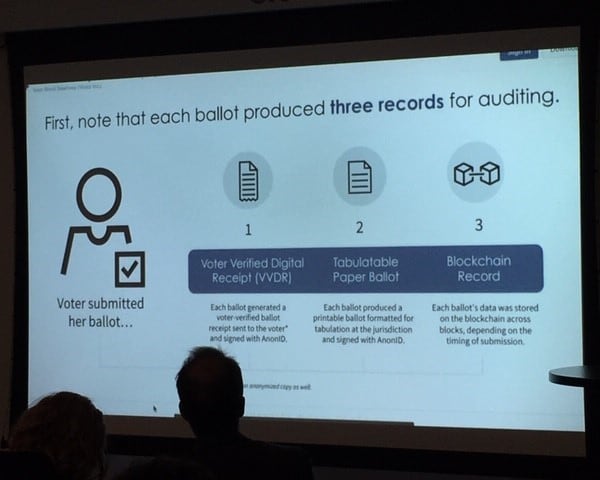 CEO and co-founder Nimit Sawhney spoke about the company’s earliest roots, which sprouted from an accidental win at a hackathon in Austin, Texas in 2014, and then detailed the company’s growth from inception to expansion, having now run more than 50 elections.

Voatz currently focuses on governmental elections to enable citizens to vote from anywhere with their secure mobile devices, and recently announced pilots in Oregon and Utah, which allow overseas citizens and deployed military to vote with their smartphones in the current election cycle. Voatz has now worked with 29 counties across the United States to administer governmental elections (including in West Virginia and Denver). 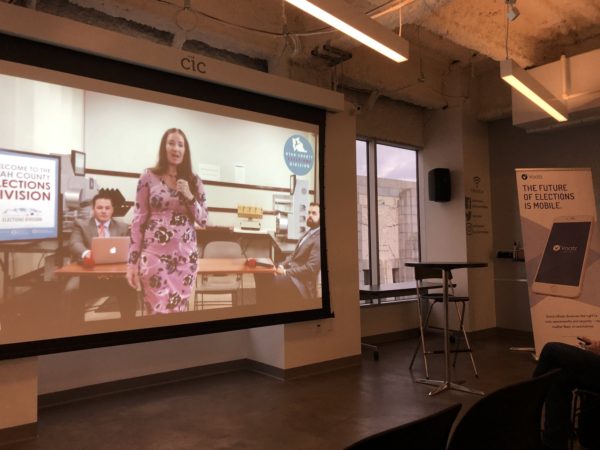 Throughout the event, Sawhney shared videos on how the Voatz technology works and audience members had a chance to vote in a mock election on their smartphones and verify their vote.

Sawhney also spoke about Voatz’s rigorous post-election audits, and shared how Voatz is pioneering citizen-led audits where anyone can sign up to participate, audit ballots submitted with the Voatz platform, and verify that all votes were counted as submitted. He lastly shared about Voatz being the first elections company in history to sign up for a public bug bounty program, one of Voatz’s core security pillars and encouraging community involvement in making our elections more resilient.

These efforts, he explained, are all part of Voatz’s broader movement to increase transparency, trust, and engagement in our democracy.

Tackling the Ultimate “Choose Your Own Adventure” at NewCo Boston

Forget having a mission. If you’re ON a mission, join us as a NewCo Boston host!

CoreView Named an Emerging Cloud Vendor to Watch in 2020 by...

Slalom reimagines how companies build software and technology with launch of...

From Novice to Expert: Formlabs Welcomes You to 3D Printing at...