Ask locals to name a Massachusetts innovation district, and the replies will most likely be expected; the Seaport with its new construction and concentration of office space and trendy dining spots, Kendall Square mere blocks away from two of the best universities in the world, perhaps even Lowell with its own ascending university system and robotics cluster, both increasingly attracting global attention.

What about the suburbs of Newton and Needham?

Many will know both as commuter towns, vibrant communities just west of Boston with excellent school systems and convenient access to the city via the MBTA Green Line and Commuter Rail. Both, in fact, are two of the oldest commuter suburbs in America.

Both also have a history with the tech industry. It was, after all, the storied 128 Corridor, which includes both Newton and Needham, that first put Massachusetts on the map as a hub for technological innovation back in the 1970s.

Though changes in the tech economy throughout the ’90s and ’00s largely left the 128 region behind in favor of more flashy, concentrated real estate options downtown, as the industry matures and evolves, the region is once again attracting the attention of companies and talent alike.

Newton and Needham are prepared to welcome them. Thanks to a unique, non-competitive, and proactive partnership (and $325,000 in donations from stakeholders), the towns have teamed up to reinvent themselves, together, as a suburban innovation hub for the present day and beyond. This five hundred-acre area encompassing commercial, residential, educational, and recreation land along the Newton-Needham line is a modern tech ecosystem in its own right, and it has a name: The N-Squared Innovation District.

N-Squared began with a partnership. In 2013, the Newton Needham Chamber and the Massachusetts Office for Housing and Economic Development, along with the City of Newton and the Town of Needham, joined forces to develop a plan for the region’s future. It was and remains a unique arrangement; rather than promote a single town as a destination for innovation at the expense of the other, Newton and Needham joined forces.

Since then, the project has grown. It now encompasses a coalition of businesses of all sizes, developers, and local officials. Collectively, they highlight the strength of the region and successes of Newton and Needham companies, while simultaneously advocating for further improvements to both communities.

“The interesting thing with Newton and Neeham is that we are right here,” says Chuck Tanowitz, director of the N-Squared Innovation District, “We are close to downtown, and the number of companies that are here is high. We created N-Squared to raise the temperature, and let people know what’s actually happening here.”

A lot is happening. The two towns together are already home to several large and scaling technology companies, including giants such as TripAdvisor, CyberArk, Bigbelly Solar, and SharkNinja. New commercial developments and roadway improvements to I-95 are poised to attract even more, and a proposed mixed-use project by Northland Investment Corp could add 180,000 square feet of office space for small and mid-sized companies and 800 units of housing and a public gathering space. Additionally, UMass Amherst recently acquired Newton’s Mount Ida College campus, which immediately abuts N-Squared. UMass plans to transform that space into a hub for career preparation and experiential learning in health care, business, computer science, and other STEM specialties.

“Our employers tell us their biggest challenge is finding skilled workers to fill their well-paying jobs in cybersecurity, biotech, robotics, consumer devices, web development, smart cities and other innovative fields,” said Greg Reibman, president of the Newton-Needham Regional Chamber.  “So now with UMass Amherst on the Mount Ida campus — along with top business talent coming from Babson College; engineers being trained at Olin College; and Boston College’s planned $150 million lab and classroom facility in Chestnut Hill focused on energy, health and the environment — we’re developing a world-class pipeline to address employers’ number one need.”

“The N-Squared Innovation district is continually creating opportunity for attracting and retaining top talent,” noted a spokesperson from TripAdvisor, the world’s largest travel platform which started nearly two decades ago in a tiny office over Kostas Pizza in Needham.

“Here, we maintain our roots and stay competitive in the industry, while ensuring that our employees can easily commute to a beautiful office, conveniently located off of I-95, or hop on a complimentary shuttle from North Station, Back Bay, Cambridge, or Newton Highlands,” continued TripAdvisor. “Building a headquarters and creating a community for employees while providing an unparalleled employee experience is a major reason why we chose to and continue to stay in Needham.”

TripAdvisor, along with SharkNinja and Big Belly Solar, is located in the currently under-construction Needham Crossing development. When construction is complete, Needham Crossing will be a mixed-use community, encompassing housing, retail, and office space directly on the banks of the Charles River. The location is TripAdvisor’s global headquarters.

“A lot of people think an innovation district is all small startup companies, but we look at companies that are scaling and need room to grow, need sales, marketing, legal, and finance talent,” says Tanowitz on what makes the region so appealing.

“All of that talent and beyond really exists in this area,” he explains. “We are easily accessible. Newton and Needham are right here, but often there is this mental block, and that is the challenge N-Squared [works to address].”

Planning for the Future, Together

Simply having top talent, top companies, and top universities in close proximity is not enough to create an innovation district; the people behind N-Squared know that innovation occurs where these elements collide and intersect.

N-Squared, they hope, can be the catalyst that brings all together.

“If we diversify where people can work to match where they live, we will be in a much better place to help companies grow in a sustainable way,” says Tanowitz.

Of course, there are challenges. Lack of transportation options within the towns has been cited as a deterrent to those who would rather not own a car, and limited housing options remains a challenge, but N-Squared is working on both. By advocating for more bus lines and more housing within walking distance of major employers, the group is already looking toward the future. Proposed housing developments, such as Northland, will include shuttles to MBTA stations.

When companies pointed out that there was no obvious place for their employees to go for lunch, N-Squared brought food trucks to the cities’ office parks. To address lack of connectivity outside of the workplace, N-Squared created meetup and networking events. The group even launched a pitch competition, Innovate 128, to highlight local universities operating outside of the urban core.

Newton and Needham companies are listening to residents’ concerns and stepping up too. “As an anchor of the Innovation Corridor, TripAdvisor opens its doors to the community and offers complimentary use of its office to its neighbors and select local civic organizations when we are able to accommodate them. We have a member of our organization sitting on the Newton-Needham Chamber Board to ensure we’re staying up-to-speed on everything in the community and thinking about how we can continue to contribute,” said TripAdvisor.

“The main thing for us is to really note that there are other places besides downtown Boston that are good places to create and scale a business,” emphasizes Tanowitz. “[Newton and Needham] offer access to employees you wouldn’t get downtown and an ability to grow in a way that is hard to do when you have to commute in and out. There are a lot of very interesting companies gathering in this small space.”

For those seeking a place outside of the urban core in which to live and work without sacrificing proximity to downtown, Newton and Needham have much to offer. Thanks to the N-Squared Innovation District and the special partnership between the two towns in planning for the future, both communities have much to offer Massachusetts’ top tech companies.

“Since we’ve moved in,” says TripAdvisor, “we’ve seen nothing but growth of similar companies, which continue to attract talent — not only locally but globally as well.”

To learn more about the N-Squared Innovation District and to get involved, click here. 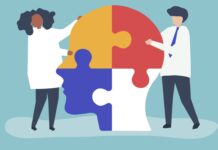 Neurodiverse Teams: The Upside of Having an Inclusive Workforce 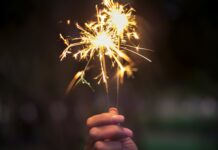 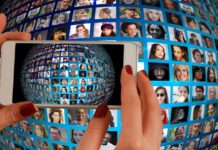 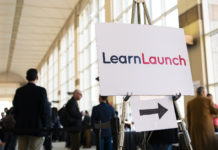 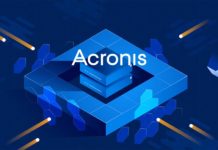 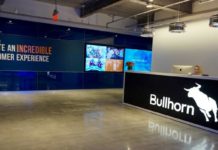 Bullhorn Acquires Talent Rover and Jobscience to Accelerate the Delivery of...