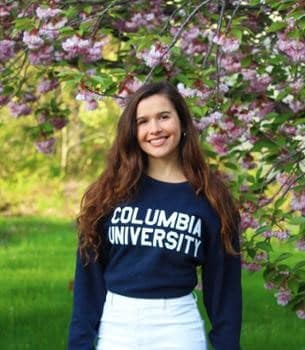 BEDFORD, Mass. — Trailblazing women deserve to be celebrated and have their legacies renewed. That’s why Progress is so pleased to announce Kaya Dorogi as the first recipient of the Mary Székely Scholarship for Women in STEM.

Kaya was selected from an impressive pool of female students planning college-level study in computer information systems, software engineering, IT or computer science. The $10,000 scholarship is annually renewable for up to four years.

“When we conceived of this award to honor Mary, our hope was to empower a promising young woman studying STEM to change the world by lessening the financial burden of college,” said Progress CEO, Yogesh Gupta. “Meeting Kaya, we couldn’t be prouder to name her as our first winner.”

During her last year of high school, she worked on an independent project called Women in Academia. She achieved all of this while staying fully involved in an array of activities such as captaining the varsity alpine ski team and girls’ tennis team in her junior and senior years. She earned team MVP all four years on the ski team and was awarded independent all league for first singles in tennis.

“I’m so grateful for this scholarship, and especially, to carry on Mary’s legacy,” Kaya said. “She sounded like such an incredible woman, and I’m just so honored to have this scholarship in her name.”

About the Mary Székely Scholarship for Women in STEM

Launched in February 2020, the scholarship honors one of the founders of Progress who trailblazed a wide path for women in computer science at a time when that was exceedingly rare. Mary led development at Progress for more than 30 years, pioneering development on the OpenEdge platform, a product used today by more than 55,000 companies the world over.