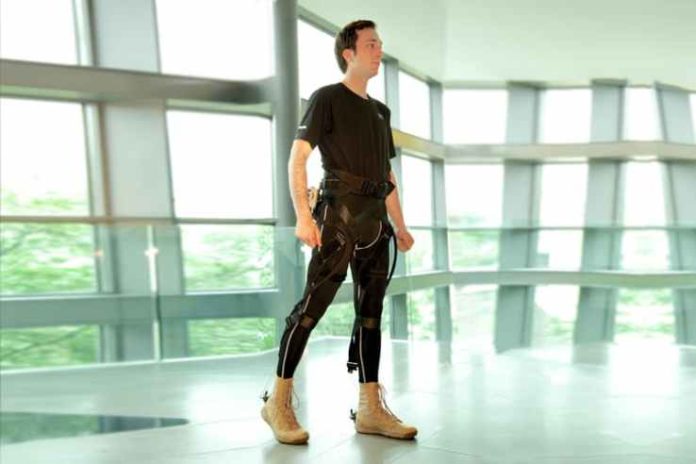 ReWalk Robotics said today it completed all internal processes related to its Restore robotic rehabilitation softsuit exoskeleton and is ready to initiate clinical trials of the device in 2018, with hopes for a commercial launch in the same year.

The Restore softsuit is designed to transmit power to key joints in the legs with cable technologies, powered by software and mechanics similar to those used in its ReWalk exoskeleton system for patients with spinal cord injuries. The cables are connect to fabric-based designs that attach to the leg and foot, and make it a ‘soft suit’, the Israel-based company said.

The suit is being produced as a collaborative effort with Harvard’s Wyss Institute, with intellectual property being licensed from Harvard University, the company said.

“Achieving successful laboratory testing and design review processes with the Restore system is a milestone that advances our efforts for commercialization. The potential of these soft suit designs to expand the utilization of robotic technologies initially with stroke patients in rehab—and in the future for community use—is meaningful. Research into applications, such as multiple sclerosis and Parkinson’s Disease is the next horizon,” CEO Larry Jasinski said in a press release.

ReWalk Robotics said it is hopeful it will have a commercial model of the suit ready for delivery in 2018, with plans to commercialize it after receiving CE Mark approval in the European Union and FDA clearances.

The company said it plans to submit applications for CE Mark and FDA approval once it has completed clinical and laboratory testing with hopes to receive approval from both sometime in mid-2018.

“Utilization of the technology in an IRB approved research study, ahead of our clinical trials planned for next year, is a key milestone in the larger effort to pursue regulatory approval and eventually offer a commercial product to millions of patients who need ambulatory assistance. We continue to work in earnest on rigorous testing and design modification to develop the best technology for disabled individuals,” CEO Jasinski said in a prepared statement.

In August, ReWalk released results from a study of the Restore soft suit exoskeleton system, touting that the system was able to facilitate normal walking ability in patients.

This article appeared in The Robot Report on October 16, 2017.