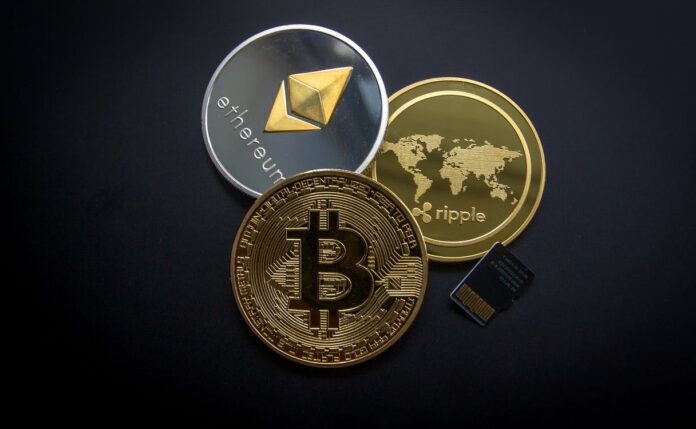 This year had already seen an uptick in federal enforcement activity focused on digital assets with the expansion of the SEC’s Crypto Assets and Cyber Unit (see our prior client alert on that expansion and its impact here) and the formation last year of the DOJ’s National Cryptocurrency Enforcement Team. On July 21, 2022, the agencies executed on this enforcement priority by bringing the first-ever insider trading actions involving cryptocurrency.

The SEC action is one of the most noteworthy steps yet in the agency’s expansion of its jurisdiction over digital assets, predicated on its view that many, if not most, cryptocurrencies qualify as “securities” under the federal securities laws. As we discuss below, however, it remains unclear whether the courts and Congress will endorse that view.

The SEC and DOJ allege that Ishan Wahi, a former product manager at Coinbase—one of the largest crypto asset trading platforms in the United States with almost 100 million registered users—tipped his brother and a friend (the “tippees”) with confidential information about the planned listing of certain cryptocurrencies on Coinbase. The listing of a crypto asset on an exchange typically causes the market value of the asset to increase significantly. According to the government, Coinbase therefore treated that information as confidential and prohibited employees from sharing it with others.

The tippees allegedly purchased at least 25 crypto assets prior to 14 separate listing announcements between at least June 2021 and April 2022, and sold the assets shortly thereafter for profits totaling more than one million dollars. The government also alleges that the tippees sought to conceal their tracks by using accounts at exchanges held in the names of others, transferring funds and crypto assets through multiple anonymous Ethereum blockchain wallets, and regularly creating new Ethereum wallets with no prior transaction history. In addition, Wahi allegedly attempted to flee the U.S. after learning that Coinbase was investigating possible insider trading and after Coinbase’s director of security instructed him to appear for a meeting about the listing process.

Of note, the SEC and DOJ brought insider trading charges on different legal theories. The SEC charged the defendants under the Securities and Exchange Act of 1934 (the “Exchange Act”), which prohibits fraud in connection with the purchase or sale of “securities.” Critically, the SEC contends that at least nine of the crypto assets should be classified as securities, and will be required to prove that assertion, in addition to the other elements of insider trading, in order to prevail on its charges. (Relatedly, the SEC is also reportedly investigating whether Coinbase itself violated the securities laws by listing these cryptocurrencies and thereby allowing the public trading of unregistered securities.)

The DOJ, however, did not charge the defendants with securities fraud under the Exchange Act, but rather, under the federal conspiracy and wire fraud statutes, which are not available to the SEC. Its indictment thus effectively sidesteps the question of whether cryptocurrencies are securities. The DOJ took a similar approach in June, when it brought its first digital asset insider trading case against a former product manager at a major online marketplace for the purchase and sale of non-fungible tokens, or NFTs, on wire fraud and money laundering charges.

The DOJ’s decision to pursue insider trading on a wire fraud theory may reflect a desire to avoid the often convoluted analysis that courts apply to determine whether an asset is a security. The SEC’s jurisdictional argument is based upon the “Howey test,” as articulated in the 1946 Supreme Court case SEC v. W. J. Howey Co. That seminal case centered on the meaning of the term “investment contract” as used in the definition of “security” within the Securities Act of 1933. Howey held that an investment contract is defined as “a contract, transaction or scheme whereby a person invests his money in a common enterprise and is led to expect profits solely from the efforts of the promoter or a third party.” In reaching that conclusion, the Court emphasized that economic reality should control over the form of the asset when evaluating whether or not it qualifies as an investment contract, and thus, a security.

In the Wahi action, the SEC contends that at least some of the crypto assets at issue are a type of investment contract, because the issuers allegedly “solicited investors by touting the potential for profits to be earned from investing in these securities based on the efforts of others” through statements on the issuers’ websites, social media, and in white papers. The issuers also allegedly emphasized both (i) “the ability for investors to resell these tokens in the secondary markets,” and, importantly, (ii) the issuers’ “efforts to get their crypto asset securities listed on secondary trading platforms, and the critical role that executives and others at the company played in turning the company into a success, thereby increasing the value of the crypto asset security.”

This legal issue already has come to a head in the closely-watched SEC enforcement action against Ripple Labs in connection with the sale of its digital asset XRP, allegedly in violation of the registration requirements under the Securities Act. Ripple has mounted an aggressive defense in that case, which may yield needed guidance on the issue.

The regulatory uncertainty as to the status of crypto assets has caught the attention of some prominent lawmakers and regulators (and led Coinbase itself, on the same day that the SEC filed its complaint, to make a petition to the SEC requesting further rulemaking to clarify which digital assets are securities). Caroline Pham, a Republican member of the Commodity Futures Trading Commission, characterized the SEC’s action as a “striking example of regulation by enforcement.” Senator Pat Toomey, a Republican ranking member of the Senate Banking Committee, similarly criticized the SEC for, in his view, failing to provide “regulatory clarity prior to enforcement.” (The SEC did issue guidance in 2019 explaining its “Framework for ‘Investment Contract’ Analysis of Digital Assets,” though opinions differ as to whether that guidance is sufficient.) Moreover, a bipartisan bill introduced in the Senate last month would significantly curtail the SEC’s jurisdiction over cryptocurrency, though Congress is unlikely to vote on the bill for at least the rest of 2022, according to one of the Senators who introduced it.

Regardless, the SEC has signaled that this will not be the last enforcement action on this front. In the agency’s press release announcing the Coinbase action, Gurbir Grewal, the Director of the Enforcement Division, stated clearly that enforcement actions would continue “to ensure a level playing field for investors, regardless of the label placed on the securities involved.”

Because the DOJ, as a criminal law enforcement agency, has a higher burden of proof and therefore typically brings fewer insider trading cases than the SEC, a restriction of the SEC’s jurisdiction over digital assets by the courts or Congress would likely limit future insider trading actions involving these assets. For the time being, however, the Wahi actions reflect the government’s continuing prioritization of crypto enforcement and the remarkable expansion of the resources it has devoted to this space.

We expect that the government will continue to target individuals employed by issuers and exchanges as well as others who possess arguably market-moving information about cryptocurrency or other digital assets, and who tip or trade in breach of a duty of confidentiality to their employers or other source of the information, or trade on a tip with the knowledge of such a breach. Such individuals should therefore carefully consider the risk that the SEC or DOJ might view them as falling within this category before sharing information or trading. Issuers of digital assets and exchanges should also be mindful of the risk of secondary insider trading liability as control persons and/or aiders-and-abettors, and should ensure that their policies and procedures effectively address the misuse of material non-public information by employees and consultants.

We will continue to provide updates on the evolving crypto enforcement landscape.
___