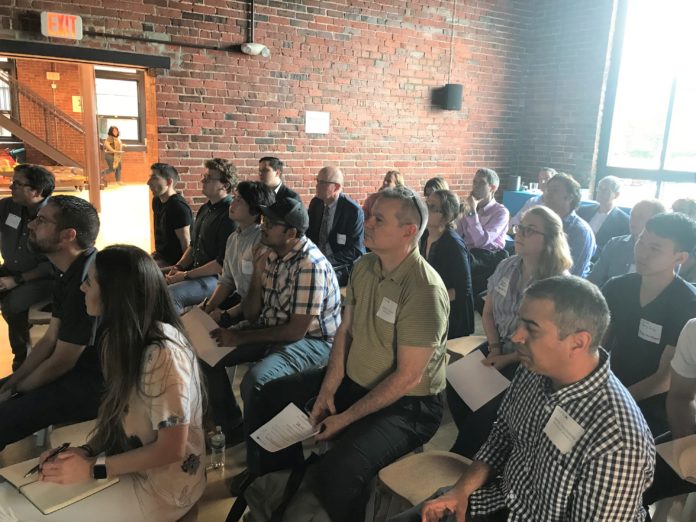 John Moavenzadeh, former Head of Mobility Industries and Member of the Executive Committee at the World Economic Forum, opened the meeting with a presentation on Autonomous Urban Mobility, including what he deemed to be the “Key Lessons from the City of Boston.” View John’s slides, here.

After, Velin Dimitrov, Systems Engineer at Toyota Research Institute, offered a glimpse into Toyota Research Intitute’s (TRI) new approach to mobility and into the pioneering technologies that will drive its future.  TRI is applying artificial intelligence to help Toyota produce cars in the future that are safer, more accessible, and more environmentally friendly.

Josh Elvander, Vice President for Engineering at Terrafugia, later gave us a look at the flying car company, whose mission is to create practical flying cars that enable a new dimension of personal freedom. He showed us an innovative concept for a three-part shared transportation system, which is a new way of transporting people as “cargo” with a future door-to-door service. 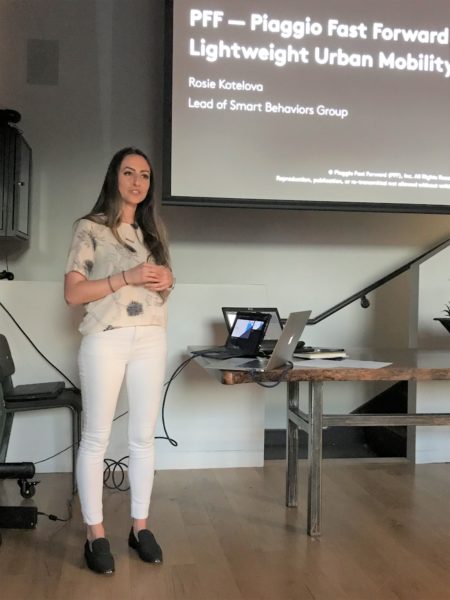 Lastly, Rosie Kotelova, Lead of the Smart Behaviors Group at Piaggio Fast Forward (PFF), spoke about PFF’s mission to build a family of lightweight, smart products that would enhance and augment a person’s ability to move. PFF aims to create machines in the service of humans, not to replace them. The company is developing machines that adapt to the way we interact with our environment and learn from the way we already move: autonomy for humans.

PFF is preparing to bring Gita, the first autonomous transportation product operating in uncontrolled environments (such as sidewalks, indoors and outdoors, and up and down ADA compliant ramps), to market in 2019.  Check out Rosie’s full presentation here.
________________

Join us for the combined MassIntelligence Conference and Future of Robotics and IoT event on November 9th. Industry leaders and academic researchers will share their cutting-edge work on sensor and infrastructure based AI applications as well as bio-inspired, collaborative healthcare and transportation robotics.