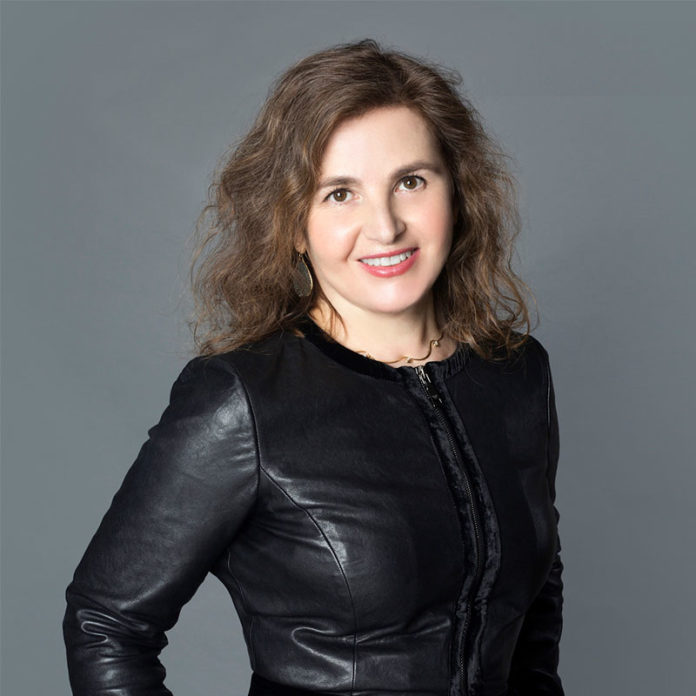 Her father built the first computers in Romania, and her mother was a professor of physics. As Daniela says, “STEM is in my DNA.” Growing up in Romania, Daniela, who excelled at math and physics—while also nurturing wide ranging interests that included literature, history, art, and music—was put on the STEM track early. In the Romanian educational system of the time, someone with Daniela’s math and science abilities was directed into STEM studies, a path that has led her to an illustrious career as a true innovator.

But don’t take our word for it. Her many awards and honors, including a MacArthur Fellowship a National Science Foundation Career Award, and fellowships in the Association for the Advancement of Artificial Intelligence, the IEEE, the American Association for the Advancement of Science, and the Alfred P. Sloan Foundation, speak to the esteem in which other researchers and scientists hold her and her work.

As head of MIT’s Computer Science and Artificial Intelligence Laboratory (CSAIL), Daniela finds herself “living the dream” and using what she calls her “superpower” to combine abstract computation with physical components to build intelligent machines. Her work at CSAIL focuses on the science and engineering of robotic autonomy, intelligence, and collaboration (with people and other robots). In other words, Daniela works on creating machines that can independently organize themselves to complete varied tasks.

She sees a wide range of real-world applications resulting from her and her team’s work, including such things as:

Daniela envisions a future where machines are integrated with our daily lives and help people perform both cognitive and physical tasks in a seamless way that expands our capabilities.

This focus on both the cognitive and physical aspects of robots and their abilities is core to Daniela’s work. She brings together the abstract, computational world with the concrete, physical world in both building AND programming robots. Her interest in this intersection harkens back to her childhood in Romania, where every child spent one week per month working in factories. Daniela’s job in a factory that made parts for locomotives held no interest for her until she realized that it brought together abstract math with the fabrication of physical components. She learned to use a lathe. She made screws from scratch! The environment was very much like today’s maker labs.

The speed of designing and fabricating robots is also an area of focus for Daniela and her lab. She compares building robots today to programming computers before compilers, i.e., the entire process is from scratch and takes far too long. She envisions, and works to create, an environment where building robots will be faster and not require the high level of expertise that is demanded today. One of her favorite examples of speeding up the design and building process comes from one of her failures. She and her students built a very special undersea robot called AMOUR (Autonomous Modular Optical Underwater Robot). One day, after successful experiments off the island of Singapore, the team decided to play a game of “Hunt for Red October” and accidentally lost the robot at sea.

While the loss was devastating (it had taken several years to build AMOUR), it gave the team the opportunity to revisit the design and building process, taking advantage of the most advanced rapid fabrication technologies. The new, improved version of AMOUR was built during one summer. SoFi, the soft robot fish, is a descendant of AMOUR and is made of silicone, allowing it to be built in a few days.

AMOUR and SoFi might have fooled two of Daniela’s early heroes: Jules Verne, author of 20,000 Leagues Under the Sea, and Jacques Cousteau, whose movies about undersea exploration captivated Daniela in her childhood. Her fascination with these two inspirational figures led Daniela to learn to SCUBA dive well before she began working with marine robots. It is an interesting hobby for someone who, by her own admission, is not a good swimmer, having mastered only the “European breast stroke.” Despite the difficulty of learning to dive, Daniela persisted, became SCUBA certified, and enjoyed many undersea expeditions.

After the first magical dive, where she took a lot of photos of what seemed like colorful marine life, she was surprised to see that the result of the underwater photography was a blue and green burb, nothing like the world she had experienced. Color is absorbed by water, but the human eye can adjust and compensate. It was an important early experience that served as motivation when she later met a student who wanted to work on this problem.  The main insight was to realize that while color is absorbed by water unevenly, the absorption curves are known. The solution? Why, of course…create an adaptive illumination filter that allows the camera to capture the colors that the eye sees!

This is a pattern for Daniela: encounter an unexpected problem and set to work fixing it with designing, making and programming skills – “the superpower.” She is justifiably proud of the many firsts that have come out of her work with her students, and the work of her colleagues at CSAIL, but she is most proud of the students and post-docs with whom she has worked and for whom she has been a mentor. She celebrates their growth into extraordinary researchers and, more important, extraordinary people.

This commitment to people extends from her colleagues to friends, family, and even strangers. A project that she started bringing computer literacy to the developing world, including communities that lack basic infrastructure, combines her empathy for others and her belief that the work of the future will include computation, science, engineering as well as collaboration, communication, creativity, and critical thinking. Teaching others the skills they need to be part of the future is a passion for Daniela. She wants to inspire boys and girls to be tomorrow’s superheroes.

Join us on November 6th when we honor Daniela Rus with the 2019 MassTLC Innovation Catalyst Award.