A mounting list of companies announced layoffs over the past week. Among them are Meta (at 11,000 employees), Twitter, Salesforce, Stripe and Zendesk. As they have, we’ve seen some vastly different approaches to layoff news.

Some are sitting much better than others, and they’re the reminder we all need on how to manage these announcements, especially as they seem to be coming with greater frequency and scale. Between the media and the echo chamber that is now LinkedIn, the impact of layoff communications is big and immediate. If you haven’t handled it with empathy, you’ll pay the price in countless feeds.

Meta and Stripe were candid and accountable. Both published memos, signed by their CEOs, who took personal responsibility and citing specific mistakes (Zuckerberg perhaps even more so (👏🏽) than the Collison brothers, who leaned more into external forces).

Zendesk, Meta and Stripe outlined clear plans. They all share the specifics on severance packages and the steps they’ll take to stabilize the businesses moving forward.

Twitter caught flack for a lack of clarity and humanity. Twitter’s policy-focused, nameless email offers no apology or details. It left the public (and likely Twitter’s remaining employees) wondering about, well, everything.

Salesforce kept it private. At the time of writing, Salesforce had only released a short official statement: “Our sales performance process drives accountability. Unfortunately, that can lead to some leaving the business, and we support them through their transition.” Not getting in front of the story lead to speculation (and misinformation in the press).

“I believe we are deeply underestimated as a company today. Billions of people use our services to connect, and our communities keep growing. Our core business is among the most profitable ever built with huge potential ahead. And we’re leading in developing the technology to define the future of social connection and the next computing platform. We do historically important work. I’m confident that if we work efficiently, we’ll come out of this downturn stronger and more resilient than ever.”

Pretty much every business should be prepared with plans for proactive issue management around layoffs, as they’re premeditated, not unexpected crises. Here’s what we recommend covering in layoff communications, not necessarily in this order.

In getting layoff news out, there are a few other important elements I’ll leave you with. First, prioritize internal communications and assume they’ll go external. Not every company is under as much scrutiny as the ones above, so reporters may not key in on your news but it’s still a good practice to follow. Second, don’t cross it off the list after the news is out. Continue to discuss challenges and outlook and build confidence — and do it often. This is the crux of issues management.

Need help building out a proactive plan or communicating an upcoming round of layoffs? We’ve done it and can help humanize the news and protect your business reputation in the process. 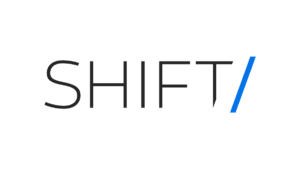