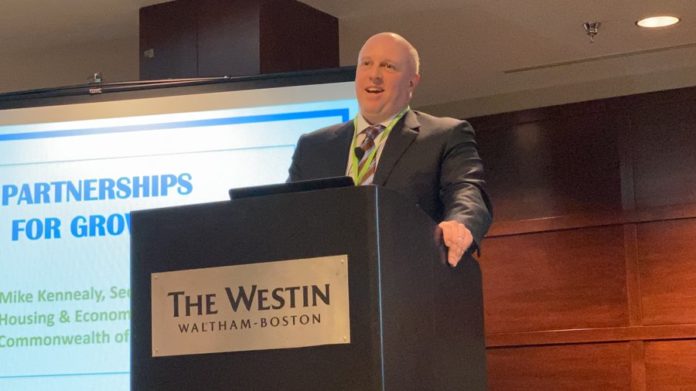 The state of the tech economy in Massachusetts is strong. It is growing, and it has a huge impact on the overall economic health of the Commonwealth. Why? We are among the most educated populations in the country, with just under 50% of our residents with a bachelor’s degree or higher, and we have some of the best colleges and universities, including a robust public higher education system with five community colleges, nine state universities and the five UMass campuses.

Massachusetts has many cutting-edge labs, a significant amount of R&D funding, and a huge geographic advantage that allows us to offer direct access to other global tech hubs across Europe and the Middle East.

However, these strengths are threatened by a number of factors, some more insurmountable than others, including: a lack of skilled labor, unaffordable housing, and an unreliable public transit system coupled with some of the worst traffic in the country.

MassTLC CEO, Tom Hopcroft, and Director, Economic & Public Policy Research at the UMass Donahue Institute, Mark Melnik, each took the stage to outline the significance of tech in the Massachusetts economy and the underlying challenges that could weaken its prominence.

The Economy is strong:

We face a number of challenges:

Also on hand to present to our audience was Executive Office of Housing and Economic Development, Secretary Mike Kennealy, who provided a glimpse into the Governor’s Partnerships for Growth, which will align the Administration’s economic development programs, funding, and legislative efforts to address challenges and foster opportunities over the next four years within housing, communities, businesses, and workforce. The Secretary echoed the direct correlation between housing and economic viability. He also spoke of the phenomenal work being done in other parts of Massachusetts, including a healthcare tech research and development center in Worcester and an infusion of money to go towards infrastructure in six Western MA towns.

Next on the agenda at the Forum was Vice President of Public Policy for Verizon, Donna Cupelo. She took us through the generations of wireless connectivity and the entire industries that were altered and created as a result. 5G will handle a thousand times more data volume in the network than is possible today at a very low latency, dramatically improving the ability of autonomous vehicles, remote surgery, public safety and traffic control, and other applications that depend on instantaneous response and data analysis.