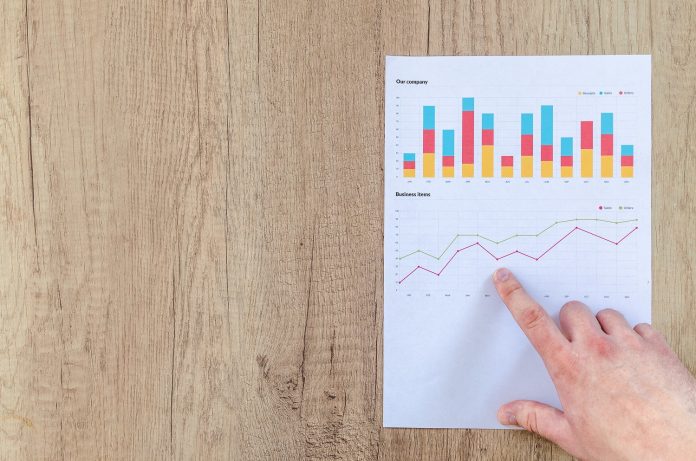 As of January 2021, according to Bessemer’s State of the Cloud 2021, there were a total of 527 private unicorns (a unicorn is a private company with a valuation over $1B), with a total cumulative value of more than $1.9 trillion dollars.  According to CBInsights, as of May 2021, that number reached almost 700 unicorns worldwide.  In the public markets, six Cloud companies listed on the Bessemer Nasdaq Cloud Index are valued at over $100B, and together currently represent a market capitalization well over $1trillion.

Valuations of private companies are generally a mix of quantitative and qualitative analysis, including market sizing and intangibles, like management team reputation, experience, and network.  In this blog, we are looking at the business metrics that can be measured quantitatively and providing a few insights on how investors analyze them.  Of course, different investors will value the same numbers differently but there are some general patterns that we’ve seen recently that we share here.  We’ve talked to dozens of our SaaS customers, as well as investors to learn more about what is happening with these key metrics.

SaaS metrics are viewed differently at different stages of growth and for different sales models, primarily whether a company is selling into an SMB or enterprise marketplace.  The growth stages are defined as:

The following 4 metrics are critical to the valuation of a private SaaS business. Given the level of M&A in 2020 and 2021, it is worth reviewing these metrics and understanding how they are viewed.

Here is a simple formula to calculate ARR.

Contracted expansion revenue i.e. add-ons or upgrades that affect the annual subscription price of the customer should be included.

More and more Cloud companies are translating usage fees to ARR which can be tricky if usage is hugely variable.  Most companies with usage-based pricing models have some kind of regular minimum, which would be considered “Contracted” ARR.  They may also include in ARR calculations additional usage or overages which are at some consistent level, especially if they are so regular that they become the basis of the minimum payment (think of it as contracted contract expansion revenue).  Revenue from irregular overages should be bucketed together, separately from contracted ARR.

Early Stage – ARR can be less stable, with variability.  Companies are experimenting with subscription terms and packaging, and may also discount more to get early customers and references. Almost all revenue is from new contracts.

Growth Stage – ARR starts to stabilize as the company focuses on its target market, use cases, and customer profiles and gears up operations.  Renewal revenues are starting to contribute to total ARR, but for very fast-growth companies, the majority of growth is still coming from new revenue.

Enterprise Stage – ARR is stable, but investors will dig into the quality of subscriptions, looking at the proportion of new and renewal and upsell ARR.  Renewal revenue should make up the majority of revenue, at least 70% to 80%.  Too high a percentage of new ARR implies a leaky bucket, where renewal revenue is leaking out through churn and the company is making up for it by replacing renewal revenue with new revenue instead of growing the bucket by adding new revenue on top of a solid base of renewal revenues.

In SaaS, growth, and velocity of growth have always been heavily weighted as valuation metrics.  Generally, fast growth rates are more highly valued than EBITDA if the unit economics look profitable and the market is large, especially for companies with first mover advantage.   Obviously, subscription revenue growth rates are valued differently at different sizes.  30% growth for a $500M company is more valuable than 30% growth for a $5M company.  Conversely, EBITDA is more highly valued for a $500M company than for a $5M recurring revenue company were investing in Sales & Marketing, and systems to scale the business are critical to future success.

Early Stage – it is easier for a small company to double or triple revenues, but growth rates can still be variable at this stage as companies experiment with packaging, customer profiles, and use cases for their solution.  Not all small companies start fast out of the gate; even some of the most successful SaaS companies took several years to hit on the right formula for growth.  Experienced early-stage investors should value if a company is following an iterative, data-driven process to determine product/market fit or just randomly throwing strategies against the wall to see what sticks.  Patterns of customer traction can be as important as the absolute number at this stage.

Growth Stage –  For venture-backed SaaS companies, the T2D3 model initially described by Neeraj Agrawal of Battery Ventures (and described here) supports the highest valuations.  This model aims at tripling revenue growth in the first few years, then doubling for at least 3 years after that, to get over $100M in revenues and unicorn status (over a $1B in valuation).  The T2D3 model assumes significant investment upfront, requiring at least 20-30x valuations for these unicorns just to pay the investors back.

Enterprise Stage – revenue growth at this stage should be stable.  The most highly valued enterprise SaaS companies are maintaining growth rates 30-40%+ annually, even as revenues approach $1B, indicating that investors believe that the growth of the SaaS market is far bigger than current market capitalizations.

NRR indicates the value of your subscription contract retention. It incorporates upgrades, downgrades, and churn.  It can also be called Net Dollar Retention.   Here is a basic formula to calculate NRR:

NRR = [ARR at end of period, including Upgrades – Downgrades – Churn] / ARR at beginning of period

In order to have an NRR higher than your customer retention (sometimes referred to as logo retention), you have to have upsells and expansion.  Some companies find they can game the high emphasis on NRR in valuation discussions by selling trial or small subscriptions, then increasing it to full price and by definition achieving greater than 100% net dollar retention.  For companies following the original SalesForce.com model of first selling into one department and expanding to other departments and the corporate level (land and expand sales), NRR is a good indicator of the success of that model.

NRR has to be unpacked to fully understand the value of a company’s NRR.  Since it is a net number, it can mask discounting and/or be overly impacted by very large expansions with a few customers.  If there are significant product differences within a company, then it is also helpful to look at NRR for major product lines to see if there are problems with particular products which are bringing down the overall average.

To look at how NRR is analyzed as a valuation metric, the company stage isn’t as important as the sales model.  NRR benchmarks depend on whether you are selling into the SMB or enterprise market.

SMB NRR – SMB SaaS by definition is typically not going to have high NRR.  SMB customer churn is usually higher than in the enterprise range, in the 30%+ range, so contract retention values can also be in that range.  SMB sales models focus on high volumes of small customers, most of which are not going to be able to pay for increasing subscription amounts – sales in this marketplace usually focus on high volumes rather than land and expansion.  Highly valued growth SMB sales SaaS company Hubspot only had an NRR of 83% in the year before IPO (read more about Hubspot’s IPO metrics here).  Only as Hubspot has evolved over the past decade to a platform model with additional upsell opportunities and selling to larger companies has their NRR approached 100%.

Enterprise NRR – Enterprise sales typically have higher overall customer retention for a variety of reasons.  The sales cycle is longer, with more stakeholders involved in the decision, so the cost of switching is greater.  Vendors with an enterprise sales model usually follow the land and expand model, building usage throughout very large companies with lots of opportunities to extend usage (and license fees).  Enterprise NRR should approach 90+% even for early-stage companies and typically go over 100% for Growth and Enterprise stage SaaS companies, with the most successful achieving 120%+.

NPS is a customer loyalty metric that measures how likely your customers are to recommend your product/service to others.  NPS is based on responses to a key question using a 0-10 scale:  How likely is it that you would recommend (brand) to a friend or colleague?  Respondents are grouped as follows:

NPS is a valuable KPI for two major reasons.  Firstly it is a strong indicator of customer retention and a valuable tool to diagnose/improve customer churn.  Equally as important, NPS underpins referral marketing as a driver of new customer acquisition and growth.  Research shows that referred customers have a higher lifetime value and ROI than others.  Investors look at whether companies are measuring NPS and have programs to improve their scores based on regular customer surveys.

These four key metrics are central to every private SaaS company’s valuation and it is critical for companies to track them through each stage of growth.  It is expected that private company SaaS and Cloud valuations will continue to be high for the foreseeable future given the accelerating digitization of business processes and infrastructures globally.  It is worth comparing these four KPIs against current benchmarks in 2021 for your peers and market leaders based on growth stage and business model to see how your company is doing.  Is your performance in these metrics good, great, or below average?
___

This post was originally published on the OPEXEngine blog.