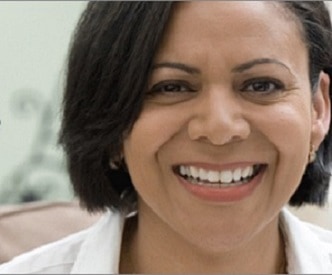 With support from presenting sponsors American Tower, DentaQuest and Liberty Mutual Insurance, and supporting sponsors Bowditch & Dewey and Cathy Minehan, former CEO of the Federal Reserve Bank of Boston, TCI partnered with Boston-based market research firm Chadwick Martin Bailey (CMB) to conduct the benchmark study through a confidential online survey that was distributed statewide earlier this year. The survey was distributed to more than 2,500 companies across industries of varying sizes and stages—from startups to established corporations.

The study found that 57 percent of companies have goals to address women’s leadership roles, with a disproportionate amount of resources being put toward programs to develop women leaders but not to retain and advance women. The survey reviewed internal and external programming—from networking events and mentorship matching programs to women’s leadership conferences and individual leadership development programs.

The study overwhelmingly found that measurement and metrics of women leadership are scarce. Two-in-three Massachusetts-based organizations do not measure the number of women in leadership roles, the extent to which they advance, or the overall retention of women leaders.

“We started with a hypothesis that employers, profit and nonprofit alike, conduct leadership development programs with varying degrees of success, and with little or no external evidence that women are advancing into equitable roles in leadership in the workforce. The findings support what we thought to be true,” said TCI Executive Director, Elizabeth Hailer. “Now we have a benchmark that provides businesses with an inventory of effective practices to advance women throughout the state. Just as important, we can also begin to understand the gaps in leadership development.”

TCI will conduct the study annually to regularly measure what businesses throughout Massachusetts are doing to generate pathways and create benchmarks for women leaders moving forward.

Ultimately, Hailer says the goal is to keep a spotlight on women’s leadership, to provide businesses with insight that can help inform how they allocate resources to advance and retain women, and to be a springboard to systematic, sustained progress for women into leadership roles throughout the state. “I am thankful for the individuals and organizations that completed the study this year, and I am hopeful that we’ll see an increase in participation each year,” said Hailer.

In its inaugural year, 79 percent of participants were based in Greater Boston. The sectors with the highest percentage of participation include technology, financial services and insurance, and healthcare and human services, followed by professional services and engineering, advertising/communications/marketing/PR, higher ed, retail or wholesale, real estate, and other. According to CMB, based on census information, the sample responding to the survey is representative of the larger state at play.