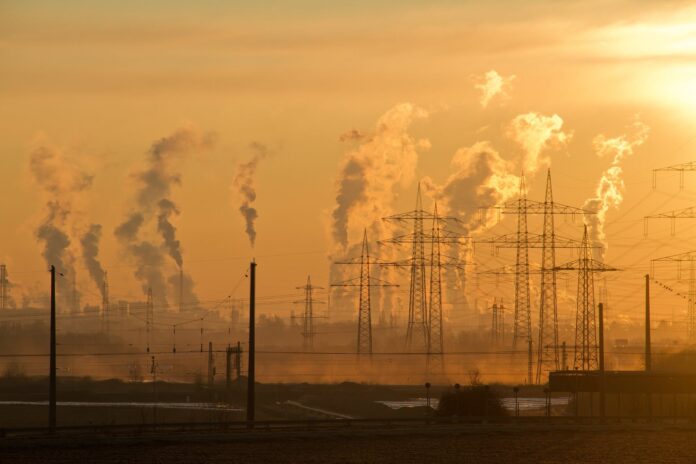 Across the globe, both public and private sectors are more concerned than ever about addressing climate change and its associated risks. “In the period 2000 to 2019, there were 7,348 major recorded disaster events claiming 1.23 million lives, affecting 4.2 billion people (many on more than one occasion) resulting in approximately US$2.97 trillion in global economic losses,” according to a report conducted by the UN Office for Disaster Risk Reduction (UNDRR).

The UNDRR reports that this is a drastic increase over the previous twenty years, and “much of the difference can be explained by a rise in climate-related disasters, including extreme weather events: from 3,656 climate-related events (1980-1999) to 6,681 climate-related disasters in the period 2000-2019. The last twenty years have seen the number of major floods more than double, from 1,389 to 3,254, while the incidence of storms grew from 1,457 to 2,034. Floods and storms were the most prevalent events.”

The report “The Human Cost of Disasters 2000-2019” also records major increases in other categories including drought, wildfires, and extreme temperature events. There has also been a rise in geophysical events including earthquakes and tsunamis which have killed more people than any of the other natural hazards under review in this report.

“Disaster risk is becoming systemic with one event overlapping and influencing another in ways that are testing our resilience to the limit,” Mizutori said. “The odds are being stacked against us when we fail to act on science and early warnings to invest in prevention, climate change adaptation and disaster risk reduction.”

During these kinds of severe weather events, Governments, multilateral donors, and business executives alike have a responsibility, whether moral or legal, to respond effectively and efficiently in order to protect people, assets, and facilities from harm.

Furthermore, citizens and employees are now looking to leaders to successfully guide our lives and livelihoods toward a more sustainable future. As leaders begin making plans for the future, it is imperative to not only focus on hitting targets such as reduced emissions, curtailed deforestation, and investment in renewables, but also proactively mitigate disasters on the path toward a greener world.

So, how can public and private sectors cultivate climate change resilience? Becoming proactive and investing in disaster risk reduction and enterprise resilience; through critical event management solutions, public safety solutions, and Public Warning systems.  Adopting a  holistic view of critical event management that incorporates all of the above within one unified strategy is when organizations can truly begin to unlock full resilience.

Climate Resilience: Shifting from a Reactive to Proactive Stance

A proactive posture enables organizations to focus on how to best protect potentially impacted people and assets during a time of crisis, rather than focusing on a single critical event itself. Proactive organizations seek to develop plans which result in lessening, or even eliminating, these potential impacts regardless of what critical event may be taking place.

Additionally, as an organization turns to a more proactive stance, its ability to track and predict many of these events improves. This serves to increase the speed at which the event is rectified.

How can an organization shift to become proactive? By ensuring four steps are followed when met with a severe climate event:

Often, even at a corporate level, organizations attempting to deal with a critical climate event do not have an effective or efficient way to manage the incident or the resources required to enter a state of enterprise resilience, even more so when it becomes a matter of national resilience. Obstacles like overlapping and unconnected tools, data streams, interfaces, and teams can slow an organization’s response to a crawl when every minute counts. As a result, a fully integrated and holistic approach to critical event management is paramount to unlocking climate resilience and business continuity in the most turbulent situations.

To achieve climate change resilience, organizations should include a Critical Event Management platform as part of their planning.

Responses to critical events are often slowed by numerous and separate systems. Siloed solutions complicate processes, causing confusion when teams and command centers should be working in sync.

An integrated CEM platform offers a holistic severe weather solution to groups charged with natural disaster management. When teams and command centers operate from a centralized platform, responses are rapid and coordinated. CEM software, for example, can send alerts that afford first responders and critical event managers precious time to assess the risks, as well as identify and locate endangered team members and assets.

A unified emergency software platform can also automate action plans, SOPs, and communications, such as sending public safety notifications, so that teams have the information and data they need to act quickly. Afterward, analytics pinpoint where and when bottlenecks delayed responses, as well as where changes can improve processes in the next go-round.

Additionally, those in government positions who are responsible for protecting the public before, during, and after critical weather events need streamlined alerting capabilities that can integrate into their overarching risk management strategies and platforms.

Planning for the Future, Together

As this year marks the year of the long awaited World Climate Summit (WCS), it is a perfect time to align your organization’s tools to a mission we are globally trying to accomplish – accelerated action towards the goals of the Paris Agreement and the UN Framework Convention on Climate Change.

Everbridge also develops technology with a global mindset through becoming aware and data-rich on a global scale. Everbridge works to close the public-private loop while expanding its inclusivity, reaching 95% of the population. Looking forward, Everbridge is committed to developing AI to unlock total resilience for both public and private sectors across the globe.

This post was originally published on the Everbridge blog.

How to Maintain Company Culture After A Change in Leadership

4 Must-Do Items on Every Leader’s Checklist

Using Principles to Create Leverage and Make an Impact