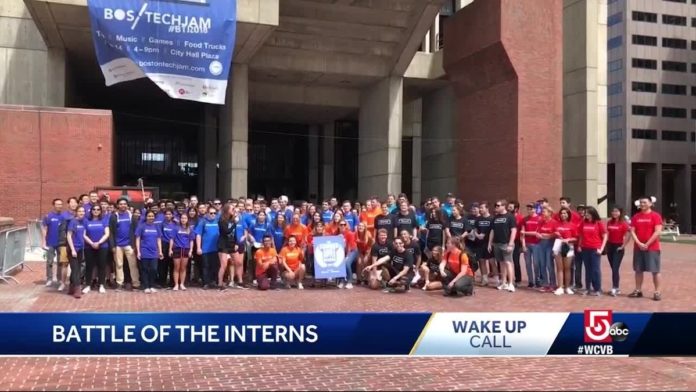 This year featured an extra special new addition to the lineup – for the first time ever, TechJam welcomed Boston’s Battle of the Interns as part of the event. The interns first task? Help wake the city up with WCVB Channel 5 Wake Up Call. Checkout the full clip:

Battle of the Interns is a team-based competition founded by Kronos Incorporated featuring the summer interns of some of the city’s leading tech companies. This year’s competition saw 182 interns (34 teams) participate from 11 companies, representing 90+ universities in total.

Congratulations to the winning team, MathWorks, and to all who participated!

Remember, it’s never too early to start training for 2019…