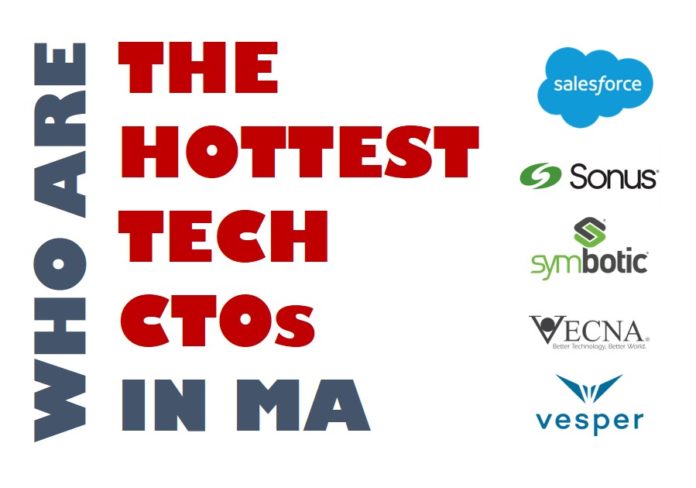 These five technology CTOs are developing innovative technologies and high-performance teams resulting in success for their companies and for the Massachusetts tech economy. They are a Who’s Who of the local tech scene and a must-know for tech leaders in the ecosystem.

These leaders were selected through a robust open nomination and peer review process. They will be honored as finalists, and one selected as CTO of the Year, at the Mass Technology Leadership Council Awards gala on Thursday, September 14, 2017, in the World Trade Center Boston.

The Hottest Tech CTOs, each a finalist for CTO of the Year, include:

Bobby’s innovation has the potential to change dramatically the landscape of MEMS microphones. Bobby’s VM1010 engineering team progressed from concept to production in under one year. That is unheard of in the MEMS industry where it typically takes at least 5 years to move from concept to production. In addition to solving the VM1010’s technical challenges, Bobby and his team accomplished this feat by investing up-front in significant market and system validation with potential customers.

In the last 12 months, Wayne has successfully led the Technology Organization (infrastructure, operations, security, advanced research) at Demandware to support tremendous growth in the business and was a key executive in the acquisition by Salesforce last year. Wayne has led the development of the next gen infrastructure that is 2x faster than our previous generation. He has built a great team over the years and has scaled his team, and integrated it within Salesforce org – a testament to Wayne’s leadership.

Kevin has been with Sonus since 2005 holding various leadership positions such as Director of Core Software, Software Development Manager and Vice President of Platform Engineering and Engineering Fellow. Today he oversees Sonus’ product portfolio, road map initiatives the global engineering, and operations team. When Kevin is not busy leading the engineering team, he is driving Sonus’ innovation and development activities, with a particular focus in providing solutions that secure and assure real-time service delivery in the new mobile and cloud architecture.

Rob is a true leader – always optimistic, always listening, and always open to ideas. Symbotic has won a number of national and international important projects, and Rob was a key leader not only by developing the technology roadmap, but also helping closing these deals.

Daniel continues to spearhead and groom the technological advancements of his teams at Vecna, which has a mission to empower humanity through transformative technology. Daniel has built a profitable, socially conscious organization by encouraging employees to spend up to 10% of their paid working time to community service. He developed a role manager program to create a framework for best practices, collaboration across departments, and mentorship to engage employees to develop personally and professionally. He emphasizes participation in clubs, community service, weekly lunch and learns, monthly barbecues, impromptu parties, and a summer intern program.

Be Curious and Stay Curious: Ava Robotics’ Chief Scientist Dr. Alyssa Pierson on Ava’s Unique Approach to Research and What’s Next for the Company